5 Most Famous Gardens in England

While England certainly isn’t famous for it’s sunshine, that doesn’t mean it isn’t home to some of the most beautiful gardens in the world. We’re always happy to offer advice, Top Tips and fun facts when it comes to flowers, shrubbery and general garden design, but today we’d thought we’d put forth a list that might inspire you.

Here are the five most famous gardens in the country that you can (and should!) visit for yourself. Once you’ve seen them and are green with envy, we’ll use our green thumbs to help you transform yours. 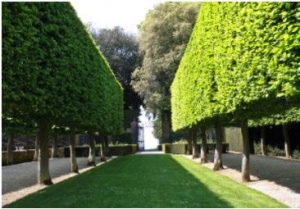 Developed over the course of 40 years by American garden designer Lawrence Johnston, Hidcote Manor is widely considered one of the most influential Arts and Crafts gardens of the 20th century. Not sure what the Arts and Crafts movement was? Think hedges and herbaceous borders. In order to get a true sense of why, you’ll have to visit the sprawling green space that has been sectioned off into several garden rooms, also traditional of the Arts and Crafts style. 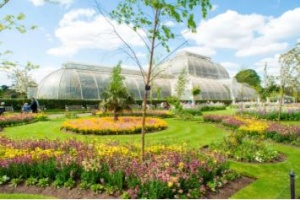 Often listed as one of the top ten attractions to visit when coming to London, Kew Gardens is home to the largest and and most diverse botanical collections in the world. With thousands of flowers and nearly a dozen different collections of plants, the gardens also boast a treetop walkway 18 metres above the ground, a multi-sensory experience that immerses you in the life of bees and a conservatory that houses plants from ten different climate zones. 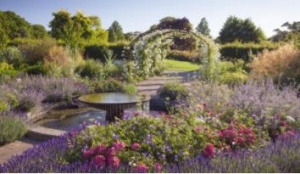 What’s most alluring about this garden in Surrey is that it’s set-up in a way that will inspire and motivate you to transform your own garden. It’s home to quite a few model gardens, akin to the showrooms at Ikea. Whether you’re keen to learn more about rock gardens, conifers, bonsais, or fruit/vegetable gardens, Wisley is the place to go. Have a look at the garden map (which covers all 240 acres of space!) and take a virtual walk round. 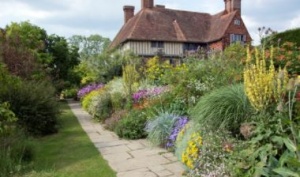 We couldn’t put a list together without featuring the actual home of a renowned gardner. For over 40 years Christopher Lloyd tended to and grew his garden which is now open to the public and has become a sort of pilgrimage destination for horticolorists around the world. The grounds feature a Kitchen Garden (which, as you might have been able to guess, features fruits, vegetables and herbs) along with several other themed spaces. Today, Lloyd’s eclectic and colourful taste is still featured in the garden through head gardener Fergus Garrett. 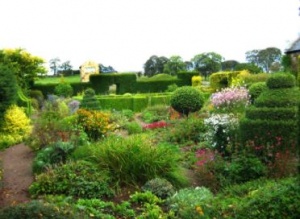 Comprised of four separate and distinct spaces, this (by comparison to the others) small garden is at the top of our list if you’re looking specifically for walled garden inspiration. The flower garden has an undeniable air of romance while the knot garden – full of medicinal plants – offers a great educational experience in holistic and home remedies, all of which you could grown in your own green space. 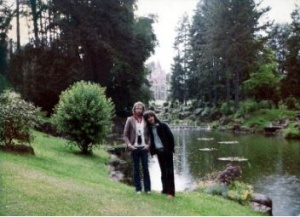 We couldn’t leave off a garden (albeit less formal and engineered than the others on this list) that was restored by a Beatle. George Harrison bought the land in the 1970’s and it was featured on the cover of his double debut album, All Things Must Pass. If you’re wondering why it’s an honorable mention as opposed to in the actual top five, it’s because the grounds (unfortunately) aren’t open to the public.

Which type of tree would suit your small garden?
Designing a Modern Garden? Choose One (or More!) of These Five Plants!