5 Flowers You Didn’t Know Were Green

This Saturday – March 17th – is St. Patrick’s Day, everyone’s favorite excuse to wear green and advertise their Irish heritage. Because we’re concerned equally with preventing you from being pinched and with educating you on all things floral and garden-related, here are five flowers you (probably) didn’t know came in a green variety. 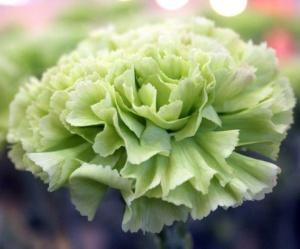 Green Carnation: If you Google Green Carnation, you’re likely to return results about Oscar Wilde and some 90’s heavy metal band from Norway. Nonetheless, carnations do grow in the wild and, since the 20th century, the green varieties have been a sort of symbol of St. Patrick’s day. Fun fact: Oscar Wilde started the trend and he is – actually – Irish. But don’t limit the green carnation’s use to holiday decor. The flower makes a stunning addition to any flowerbed or bouquet. 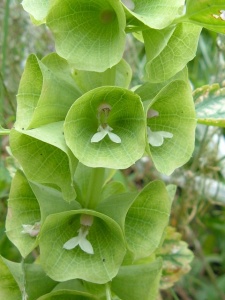 Bells of Ireland: It’s no surprise that these tall, summer flowering annuals symbolise luck. After all, that’s what the Irish are famous for, right? What you might not expect, however, is that they aren’t native to Ireland. Instead, they hail from Turkey and the Greater Middle East. Despite their origins, Bells of Ireland can be grown anywhere with full sun exposure and limited exposure to frost. Top tip: plant them between now and April for the best results.These flowers can grow up to four feet tall! 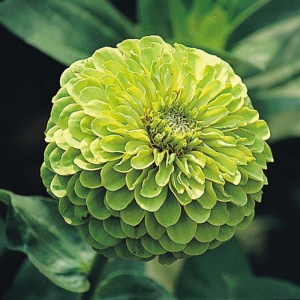 Zinnia ‘Envy’: Traditionally seen in warmer shades like pink, red, and purple, zinnias are a favorite of garden connoisseurs. Unlike the first two on our list, a green zinnia is a bright shade of green, almost the color of a lime. While zinnias need a lot of sun and crave warm weather (two things not synonymous with the UK) it’s not impossible to grow them in your own garden. Our experts recommend waiting until it’s warm enough to have dinner outside before you plant these full, rounded flowers. 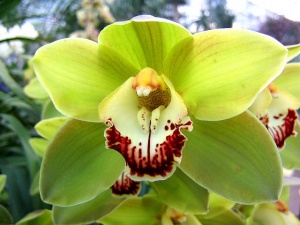 Green-flowered Orchid: Known for their beauty and sense of mystery, the orchid makes the perfect potted plant for inside the home and can be seen growing wild between May and September. When most people think of orchids, they think of tropical forests, but you’ll be pleased to know that over 50 species of orchids grow naturally in Britain. Unfortunately, the green cymbidium orchid is not one of the those 50. This lettuce-colored flower, with hints of red at its center, is truly breathtaking, albeit quite a rare find. 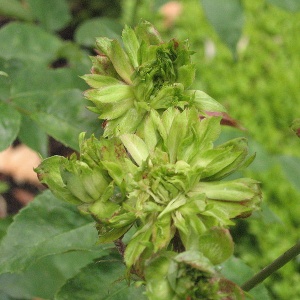 Rosa Chinensis Viridiflora: Unlike some of the other brightly colored roses you’ll find in kitchy bouquets, the green rose is real. By that we mean that it’s not dyed. It’s grows naturally and has been doing so for a very, very long time, some say since the 1700’s. We have to warn you, though: it doesn’t look like a traditional rose. Instead, it resembles a thistle. Britain has a special connection to the green rose as it was a UK company – Bembridge & Harrison – that was among the first to sell this highly unusual flower.

Top Tips for Gardening in March
Which type of tree would suit your small garden?