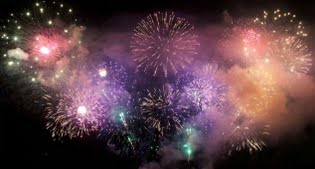 Not so many years ago, children would transport a home-made guy around for several days before Bonfire night asking for “A penny for the guy”. It would be stuffed with rags and dressed up in old clothes and the ‘pennies’ were used to buy fireworks and in those days it was strictly on November 5, even if it fell midweek. 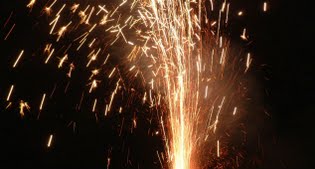 Everyone knew to keep their cats and dogs indoors, the fire brigade were on standby to deal with blazing sheds and fences, and small, local shops saw increased sales as they sold sparklers, bangers and Catherine wheels to small kids on their way home from school, although some would be seen with impressive bandages and burns afterwards.

Those who didn’t get burned often had upset tummies for a few days afterwards from eating sausages cooked on sticks that were not cooked properly over the bonfire.

These days it is unusual to see bonfires in domestic back gardens unless they are in large gardens a long way from neighbours.

People now expect more bang for their bucks (!), so public, well-organised events with safe, elaborate firework displays and hygienic catering are more popular. But if you are going to have one at home there are a few things to keep in mind.

It shouldn’t be used as an excuse to get rid of old sofas, plastic sacks and other rubbish that won’t fit in the dustbin and makes an evil, filthy, smoky stink when burnt, so if you’re organising a group event, under no circumstances should you let people turn up with household refuse. 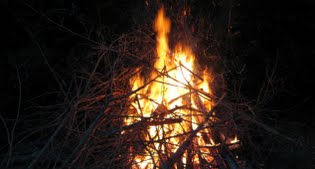 Instead, pile up brittle, dead branches, prunings and twigs, and keep newspaper and cardboard in a shed until you need it so that it doesn’t get damp, otherwise it smoulders and smokes.

Ensure there is enough room to have your bonfire. On bare soil is best or the flames can easily spread if the grass is dry grass and keep it away from overhaninging trees, hedges and outbuildings. Build the bonfire at the last minute, taking materials from your storage heap to your pre-cleared area so that any hiding wildlife can escape – hedgehogs are particularly fond of a heap of leaves.

Put the paper and cardboard at the base, followed by small sticks and dry prunings and if you have longer branches,  stand them in a wigwam shape so that the whole thing makes a stable cone shape.

When sitting the guy on top, make sure you embed him carefully in place so there’s no risk of him rolling off and into his audience once he’s caught fire.

To light the fire, it is advisable to use long matches to light a trail of newspaper that leads into the heart of the heap and absolutely don’t think about using paraffin or firelighters. A responsible adult must to be on hand with a hosepipe in case the flames start to get out of control. 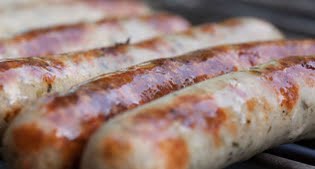 As much fun as it is, if you hold your own Guy Fawkes party at home, it’s easy to go bonfire-free. A BBQ or outdoor oven is far better at cooking your sausages and marshmallows but if you want to have naked flames, use tea lights in jam jars to decorate your outdoors. Fairy lights are also very effective and totally smoke-free and as a bonus, they will already be hanging up in time for the Christmas festivities!

Extinguish the bonfire when the evening is over and never, ever throw fireworks on to it, used or not.