Whilst, in my opinion, flowers always look best growing in the garden, there is no greater joy than to bring their colour and scent into the house, to fill your rooms with their vibrancy and fragrance. Some plants are better suited to this purpose than others and there is little point in picking flowers, only for them to wilt and die within a few hours. So, we’ve compiled a list of flowers that you can grow in your own gardens and that will last well in water, to give you pleasure for many days. 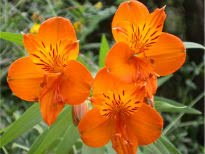 The ‘Peruvian Lily’ is an exotic and beautiful addition to any garden, but also to any flower arrangement as it bears lily-like blooms in many different colours. Its beauty aside, the Peruvian Lilly is also a hardy plant if given fertile, sandy soil and a sunny, sheltered spot. 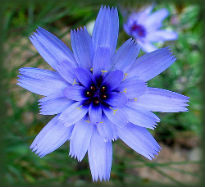 Catananche, or ‘Cupid’s Dart’, as it is commonly known, is an upright perennial whose foliage appears as a clump of grey-blue grass and is accompanied by papery, pale blue flowers with deep blue stamens, appearing from attractive, silvery buds. They can also be dried for winter decoration. For growing, they need well-drained soil and plenty of sun. 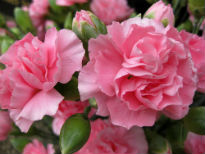 The ‘Border Carnation’ has tufts of grassy, grey-green, year round foliage and fragrant, summer time blooms which come in as ‘selfs’ (single colours), fancies (two or more colours) and ‘picotees’ (generally pale coloured with darker centres). They prefer an alkaline soil content and exposure to full sunlight, but due to their tall flowers, they are susceptible to high winds, so may need some support.

The ‘Globe Thistle’ is a clump-forming, herbaceous plant with grey-green, thistle-like leaves and dozens of deep blue, globular flower heads sprouting from long, slender stems – themselves appearing a pale lavender colour. They can also be dried for winter flower arrangements and to grow, they prefer a well-drained soil and sunny position. 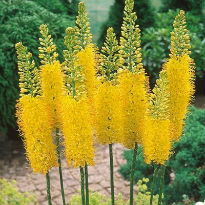 Also known as the ‘Foxtail Lily’, this herbaceous plant will form very tall columns of vibrant yellow, orange, cream or pink flowers. They need well-drained soil and full sunlight, preferably under the shelter of a south, or west-facing wall, but they do also need plenty of water. Winter protection with a mulch is a good idea too to protect them from frost.

The white, daisy-like flowers with yellow centres are borne on tall stems which are good for cutting, and single and double varieties are available. The plants are highly robust and can be suited to more or less any garden, but the taller varieties do benefit from staking.

‘Sea Lavender’, or ‘Statice’, is one of the most common cutting flowers due to its lightness and the relief afforded by its pale colouring to the more intense tones in a bouquet. A half-dozen sprigs of these flowers can do wonders to complement the palette. It’s easy to grow and will thrive in the poorest of stony soils provided it’s in full sun.

The ‘Winter Cherry’ or ‘Chinese lantern’ is a perennial with vigorous growth habits, but the flowers themselves would not win any prizes. It gets its common name from the shape and colouration of the papery orange/red structures which form a droplet shape around its fruits. For winter flower arrangements, you should cut them in September and hang them upside down to dry. It will grow almost anywhere in the garden and children find them fascinating too! 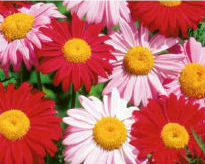 This is a richly coloured variety of the Chrysanthemum family and is perhaps most famous for being the major natural source for leading brands of insecticide, thus, I suppose, improving its hardiness against insects. It has red or pink, daisy-like flowers above attractive feathery foliage and it will bloom in early summer. Give it well-drained soil in full sun. 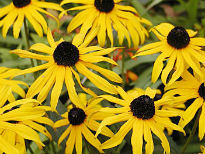 All Rudbeckias are praised as cutting flowers, however, none more so than the ’Herbstsonne’ variety which is favoured for its full hardiness and high, branching stems that provide an appropriate pedestal for the plants beautiful yellow blooms. They also bloom late in the year when many other flowers have finished. Any reasonable soil is fine and it will thrive in sun or light shade.

Things to Do in the Summer Holidays
Plastic Meat, Fried Wasps and Algae – Yummm!