A recurring theme of our blog has been the preservation of British wildlife and protection of institutions like the hedgerow and our native forests. However, this week we address a much subtler and perhaps overlooked threat to our indigenous horticulture.

It’s no secret that this spring has seen an uncharacteristic early waking of the Bluebell, but a common misunderstanding is the assumption that all Bluebells in England are English. Unfortunately, our native bluebell population is being overtaken by a foreign intruder, the Spanish Blubell, or (dum-de-dum-dum) ‘Hyacinthoides hispanica’.

Like the North American grey squirrel, this continental sibling, by cross-pollination, is fast out-populating it’s local rival. It is however, more than possible, and downright easy, to still enjoy this native symbol in its original form as the Wildlife Trust provides a database on their website that lists all the English and Welsh woodlands that host Hyacinthoides non-scripta. 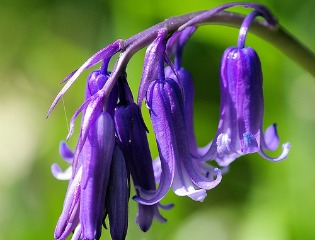 To help you identify which is which, the English bluebell is generally a deeper blue and holds all its pendant blooms on one side of its arching stem… 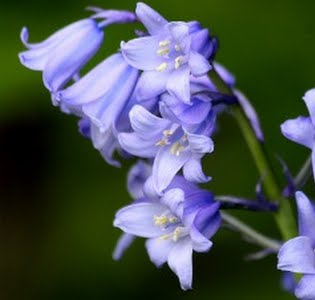 whilst the Spanish bluebell has flowers alternately on both sides.

“The bluebell starts growing in January with the sole purpose to flower before the other woodland plants which have stalled because of the dry weather, this means that the bluebell is relatively free from competition and attracts the early spring pollinators”.

What this means for you is that the propagation of what has been voted the nation’s favourite flower, has been exponentially increased as they’ve a longer period of pollination than other species and in accordance with Matt’s diagnosis, this March was the driest in forty years, and February the hottest of the last decade. With global warming on the rise, could this lead to a rejuvenation of the Bluebell species, their native climate now much more hospitable to their needs? One must hope so otherwise we can tick off another British institution, another symbol of our horticultural influence, lost to the annals of history because it just couldn’t compete. 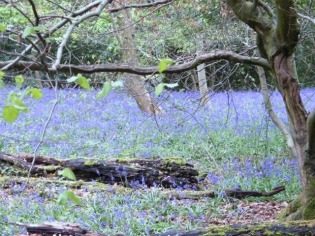 So get out and enjoy them while you can, as there is surely nothing more stunning than a sea of bluebells in a British woodland flooded with dappled sunlight.

The Chelsea Flower Show
April in the Garden