Last week saw this year’s Chelsea Flower Show, an event of special significance for one of its garden’s sponsors, Brewin and Dolphin, for they were celebrating their 250th anniversary. So, with an eye to our horticultural heritage, we thought it appropriate to research the history of the Chelsea Flower Show, its beginnings and how it progressed to what it is today.

The event began formally as ‘The Great Spring Show’ in 1862 and was originally based in the RHS gardens at Kensington, although the society had been hosting flower shows from its Chiswick headquarters for several years before then, which had themselves been preceded by less formal gatherings such as fetes. The reasoning behind the sudden upheaval and exodus from Chiswick was largely due to the poor public transportation of the era, which prevented many from visiting the area and had therefore seen a decline in the show’s popularity, something that was remedied by the newer and more central location. However, after twenty six years at Kensington, the show was moved again to Temple gardens which, due to the historical legacy it had inherited, were felt more suited to the task. 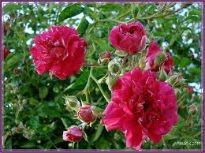 Having moved to Temple in 1888, the society was now free to lease their sites at Kensington to house more subject-specific exhibitions, such as the Coronation Rose Show of 1902, although this show was only partially successful due to a high level of interest, but a noticeable absence of roses! 1905 saw the show’s first involvement with the Chelsea Hospital and, after three popular years at Holland House, Kensington, the show was permanently moved to the hospital grounds to afford more space for exhibitors.

By the roaring 1920’s these humble beginnings had blossomed into an institution, the famous Chelsea tea parties were established and royal visits to the show became commonplace – much to the enjoyment of exhibitors, guests and press affiliates.

This year’s entrants, however, were a far cry from the exhibitors of old – the ‘Best Show Garden’ was the afore-mentioned Brewin and Dolphin’s commemorative garden, wherein designer Cleve West celebrated the company’s 250th anniversary with an assortment of carefully pruned metaphors. Mr. West stated that the Yew and Beech hedging were there to symbolise the company’s continued stability and structure, whereas the surrounding herbaceous plants were representative of its creativity.

There was a new category at Chelsea this year – that of ‘Fresh Garden’ and designer Tony Smith secured the ‘Best Garden’ award in this category with his depiction of envy and desire in his ‘Green With..’ garden. The thematic structure of this display is derived from both its planting choices and the layout that has been applied to them. Smith has imprisoned a trio of Orchid flowers in Perspex towers in order to segregate them from contact with their viewers, though many of us would be content in just seeing and smelling the flower, it is the choice of tactility that makes us take it for granted.

The Satoyama garden by Ishihara Kazuyuki Design Laboratory Co is one of the more culturally focused projects this year, as it is named, literally, for an area of Japan that was famed for its rural integration with civil amenity. The garden therefore exhibits a microcosm of the way of life that ruled the Sotoyama region. The naturally sourced stone and wood pathways and integration of nature and architecture reflect this and indeed reflect an attitude toward nature that is sorely missed in modern living.

The show was, as usual, an absolute delight – now looking forward to Hampton Court in July!