Compost – it’s a material that all British gardeners are very familiar with – this much is evident from our consumption of over a billion bags of the stuff since 1990 – and for this reason it would be illogical and irresponsible to structure this piece as a warning. Compost comes with risks, but so does driving, and both are necessary in our modern lives.

However, recent news has been littered with outbreaks of a rare strain of Legionnaires disease and correlations have been drawn between the variety of bacteria necessary to its inception and its various sightings in the agricultural centres of the world – namely Australia and New Zealand, thus leading to a link with composts. 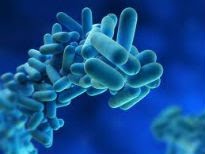 Apparently the strain, which is known as ‘Legionella longbeachae’, has a long history of association with compost in these countries and now it seems that the symptoms are beginning to affect gardeners in Scotland. 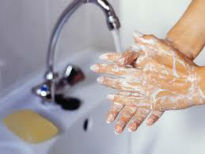 Being the only common factor all these cases despite distance, lifestyle and climate, the responsibility has fallen to the penchant for greenfingers that they all share, and, as such, experts like Dr. Martin Donaghy, are warning gardeners to ensure they wash their hands thoroughly – particularly before eating or smoking.

Those affected by the disease have exhibited pneumonia-like symptoms and while they’ve done so in Australasia for decades before now, they’ve only begun appearing in Scotland in the last five years, and even then at a rate of less than one confirmed case per year. The spate of recent cases therefore causes some concern.

However, this also presents one of the greatest anomalies about the event, the fact that out of all of the UK only Scotland has been affected. Since there is no consistent difference in the soil content between Scotland and the rest of Britain, this irregularity has previously been attributed to a combination of misdiagnoses and subsequently unreported cases. Doctors across the British Isles have now been warned in conjunction with the Scottish health services to be vigilant of any unusual pneumonia cases combined with coughing, headaches or diarrhoea. Unfortunately, despite its scarcity, this disease is already known to have claimed one life – a statistic made all the more tragic by the relative simplicity of treatment, which consists only of a basic antibiotics cycle.

However, stories like these are nothing new. It has long been the plight of gardeners to run the gauntlet of bacteria and parasites inherent to their work, ranging from the sharper edges of abandoned detritus to animal faeces, and legionnaires isn’t the only affliction that nestles in compost. Consider, after all, what is compost essentially, a bunch of decomposing organic matter that is kept extremely warm and damp during its production. Environments such as these can lead to the propagation of not only legionnaire’s bacteria but other, similarly nefarious, afflictions such as toxoplasmosis or hook worm. However, these latter two cannot be contracted directly from soil contact, rather they are found in animal faeces, and they must be allowed entry to the blood stream. This can occur in a number of ways from particles of soil being inhaled or ingested during gardening or, more commonly, via injuries sustained from detritus like broken nails and glass. 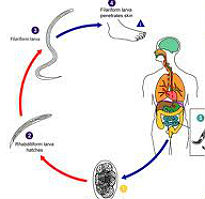 The ailments, however, that are contractible from soil alone, include tetanus, which can lead to muscular spasms and ‘lock jaw’. Toxoplasmosis, meanwhile, can lead to brain and eye damage, particularly in those with a compromised immune system. Pregnant women are told to be particularly careful. Swollen lymph nodes are also a good indication as well as other infections. Hookworm, on the other hand is a parasite and nasty little devil at that – by infecting the digestive system they can cause protein deficiencies that lead to anaemia and their larvae can also invade the skin causing non-fatal lesions.

I know this description reads more like a description of a petri dish, however, don’t fret about these ailments, for they can all be easily avoided by judicious use of gloves and hand soap and, despite the threat of these symptoms, it is important to remember what Dr. Donaghy has to say concerning the phenomenon – ‘gardening is a very healthy hobby, but like anything in life there are a few risks…’