The Royal Horticultural Society have recently published a public interest story concerning the rising prices and popularity of allotment gardening and you may be shocked to find out how plot space translates into wallet space. 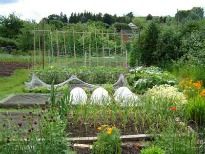 The earliest renderings of officiated allotments in the UK can be traced to Birmingham of the 18th Century – some of the plots featured in an engraving made in 1732 still survive today. However, due to a lack of royal endorsement, some believe the oldest allotments to be those of St. Anne in Nottingham, an accolade later award to the Wiltshire free gardens located in greater Somerford which was relinquished by the king, on the behest of the local parish, from the Enclosure Acts of that century. However, the rest of the country was not so favourably treated and as such the number of allotments available to the peasantry was greatly reduced. This called for the introduction of allotment legislation in order to cope with the high demand for domestic vegetables.

With the new legislation, the popularity of allotments grew steadily with several hundred thousand established by the turn of the 20th century, spiking at the outbreak of World War One at 1.5M and after tailing off slightly in the subsequent peace time, again reaching 1.4M in 1941. Remaining at over a million until the end of the decade the number of plots began a steady decline, to 600,000 in the late sixties and falling below half a million by 1977, while paradoxically demand for them only grew. By 1997 the numbers had fallen to just over a quarter of a million plots with an estimated 44,000 not in use and 13,000 plotters on waiting lists. Taking their cue from the ecological awakening of the late nineties the number of allocated allotments began to rise and by 2008 had reach over 330,000. However, while the number of plot failed to even double, the number of those waiting had more than quadrupled to 100,000.

If I had had £22 to spend back in 97’, rather than a pocket full of lego men, I could have afforded an average plot, perhaps not within biking distance or on one train, but somewhere there would have been a waiting list I could get on. The basic contractual agreement of a plot, is a yearly fixed rate per rod ( a rod is equivalent  to thirty square yards) and most will stipulate a minimum number of rods per plot. However, the Lego King would’ve found his treasury wanting were he to rent in certain boroughs and counties of today – Staffordshire’s Cannock Chase for example, more than doubled their prices in the last year to over £100 per full plot. Worse still you have Berkshire’s own Runnymede demanding 55p a square metre which, when you consider the minimum parcel is approx. 125 sqm, certainly adds up.

If that hasn’t managed to put you off though, then you should apply for a plot through your local council who can be contacted through the appropriate governmental portal. 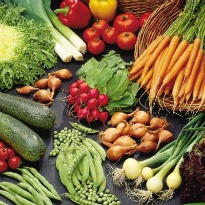 And I don’t use ‘should’ lightly – with the continued urbanisation that has run rampant since trains first went ‘choo’, the availability of green spaces will only dwindle. For those of us who suffer most from this blight, allotments are fast becoming the only hope of environmental relief to our concrete jungles, not to mention  a valuable source of nutritious and flavoursome organic fruit and vegetables, a place to meet people and socialise, and, if nothing else, an antidote to a growing distrust in our corporate trough fillers!