Dahlias are truly heavenly bodies in the horticultural world, not to mention one of the most diverse forms of flowering plant in the world. They are easy to grow, will tolerate most soil types and, although they prefer some sun, will also grow in partial shade. They have a long flowering season – from July until the first frosts – so if you look about you, you’ll still see them in flower now, giving a last burst of bright colour before winter sets in.

They have numerous different forms, colours and appearances and so I’ve collated a list of our favourite examples from each of these forms so that you can make your own choice. 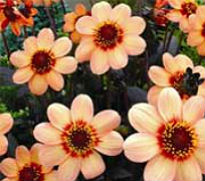 This tuberous perennial has divided green foliage and crimson centred, peach coloured flowers during the summer and autumn months.

This flower is affectionately named for the yellow/orange colour scheme it shares with Christopher Robin’s bear companion, and also for the allure it poses to honey bees and other small insects. 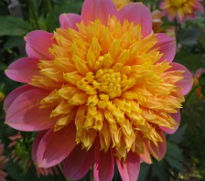 This is a brightly coloured insect trap that will bear large, globular clusters of tiny, yellow flowers on upright stems in yellow, orange and pink. 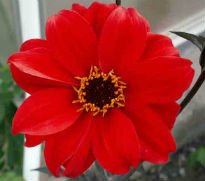 This one comes with feather-like divided, deep bronze-purple foliage, contrasting well with its striking red flowers. 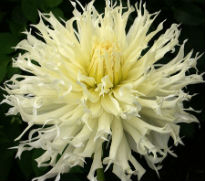 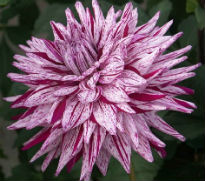 This one, as its name suggests, bears similarly formed flowers to the above, but variegated to the tune of purple, lavender and white. 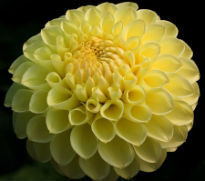 These flowers will assume a tightly globular, yellow appearance. 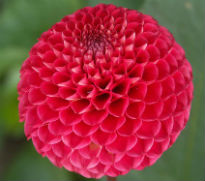 Another spherical form, this cultivar will characteristically bear crimson blooms and is highly attractive to most types of insect, particularly pollinators, and as such its presence in your garden can be beneficial to all the flowers there. 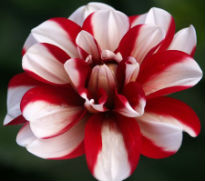 This marvellously decorative flower will bear variegated crimson and cream flowers in large rounds, while their form has the appearance and consistency of the cacti. This is considered to look more like a water lily. 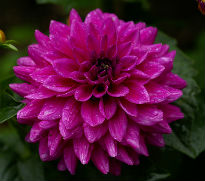 The decorative Claudette makes for an excellent border plant with its striking purple colour scheme.

Thus ends the Dahlia deluge; I hope you can find a place for one or several of these cultivars in your borders to give you valuable late season colour.