A recurrent theme of our blogs has been the psychological and therapeutic merits of horticulture and as such, this week’s instalment will cast light on a variety of different people that utilise such benefits, rather than seek a purely practical garden, if such a thing exists! 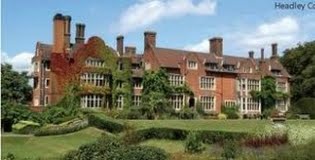 At Headley Court, in Surrey, the arena of horticulture has been populated with stories of ex-servicemen’s rehabilitation through green-fingered pursuits.

Due to the intensity of their previous training, Headley recognises the frustration facing ex-servicemen and women as a result of the impotence that any debilitating injury or psychological trauma can cause. And so the horticultural project at Headley seeks to encourage practical application and development of domestic skill sets as well appealing to the most basic psychological needs, such as that of caring for another species.

Behavioural approaches aside, there is also the physical aspect of a demanding green space that provides the wounded with a constructive means of exercise. Also, due to the severity of some, it provides finite goals to work toward whilst acquiring new expertise.

The facility itself is a MOD (Ministry of Defence) site manned by medical specialists from all three military branches and has been in operation for nearly seventy years. It originated as the Canadian military headquarters in Europe and later became an initiative whose primary aim was to return any injured military personnel to full fitness.

The Thrive project located at Battersea and established in 1984, is derived from a somewhat more educational and social focus within gardening. 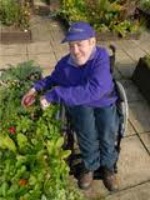 While the original site was designed by the Disabled Living Foundation to be enjoyed by their tenants within a controlled and secure environment, Thrive has transcended the frivolities of a purely decorative or recreational space and now strives to improve its users’ quality of life in a long-term sense. Hence the employment of specialists, dubbed ‘horticultural therapists’, whose responsibility it is to maintain a social and personal relationship with some two hundred disabled Londoners in order that they may encourage the primary initiatives of Thrive.

First among these is not dissimilar to Headley Court’s approach – the desire to improve the attendees’ physical health and thus optimise their chances of recovery. Aside from the labour required on their behalf to design and maintain the garden, this area is further complemented by the environment of the garden itself; particularly the exposure to fresh air and natural stimuli such as sunlight.

Then there is the psychological rehabilitation inherent to such work – by being exposed to such a creative outlet, psychological precepts such as initiative and basic confidence in one’s own ideas can be taken on board. Also, there is the decisiveness of choosing which plants will flourish in which environment and how best to structure a variety of them to suit your taste and, as any gardener knows, the patience and concentration required to devote yourself to such a detailed and long term goal.

These skills are transferable to the majority of life scenarios that would later confront the Thrive gardeners post-rehabilitation and, by having initial practise in them, they can hope to better execute them when the stakes are higher i.e. when trying for a new job or planning to travel.

The final and perhaps most important aspect of Thrive’s programme is the social stimulation it offers. By working alongside and in the co-operation of other gardeners, each can experience an intimately social environment, one where team work is necessary and, in many cases paramount, thus enhancing their own confidence in other social situations.

Another body specialising in this branch of horticulture is the Permaculture Association, however their relevance here appeals more to stress relief and sanctuary from modern society. They’ve recently introduced a forestry project sympathetic to workaholics, among a myriad of other initiatives that members of the public have been invited to pursue.

Their guiding principles centre on the practicality of horticulture and how our sociology can be guided and benefited by the integration of human interests to natural alternatives.

Those of you who’ve read the previous articles on this site will be aware of the medicinal qualities of so many species and their application in herbal medicine, however this is only a starting point for organisations like Permaculture. As a charitable organisation, however, many of their interests are to be found abroad where the need is greatest for sustainable ventures.

The relevance all this of to you is that your garden needn’t only be a place for raising vegetables, or a lawn for a child and their ball. The enjoyment of your outside space can be a stress relief in itself.

In a sense, a garden is life you’ve created or at the very least encouraged – an interior universe of your design and control and thus the antithesis of what the exterior world can be.

Your garden can be a haven from all the hustle and bustle of everyday life, a place of reparation for the mind and body in beautiful surroundings – surroundings you choose.

And so, take these examples as a starting point of what some simple horticulture can achieve. If it can work for the armed forces and all the traumas they’ve been through, it can surely work for us.

Save the Butterfly
Hampton Court 2011