On the news recently it was reported that a very short sighted council had planted a bed of ‘Monkshood’ in a town in the Lake District. Fair enough they’re a beautiful flower, however to plant them in such close proximity to a children’s area indicates a gross lack of research, as these are one of the most toxic genus’ that you can cultivate on our island. It occurred to me then that, perhaps like the noir heroines of old, its beauty had made it all the more deadly by ensnaring said gardeners eye in the first place and leaving them blind to the threat it posed. 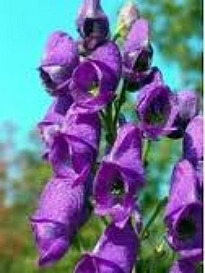 Aconitum, as is the proper name, is a particularly hostile breed of buttercup and its toxicity is used notoriously by certain Amazonian tribes to tip their arrows when hunting. A dose as small as 40ml of its active component can induce death within 4-6 hours! Although a sufficient dosage can cause death instantaneously, symptoms of Aconitum poisoning may include headaches, dizziness, respiratory problems and, in extreme cases, loss of motor functions. Maybe knowing some of its other handles such as Wolfsbane or Devil’s Helmet would have suggested this and prevented the mistake? Due to this apparent seduction by its blue bells, I’ve compiled a list of other femme fatales – plants beautiful and deadly that may have charmed their way into your beds with malign intentions!

Belladonna, roughly translating to ‘beautiful woman’, and commonly referred to as Deadly Nightshade, epitomises the vein of horticulture I’m trying to address, growing wild all over the British isles and parts of Africa, Asia and Europe. The snare of this species is its attractive and sweet tasting berries, however, so potent is its toxin that a child could cradle a deadly dose of these ‘death cherries’ in a single closed palm. The plant is famous in history for having been utilised by the wives of Roman emperors to murder their imperial contemporaries. They are cultivated within the garden, albeit rarely, due to the aesthetic appeal of its purple flowers and black fruits. If you’re concerned there has been contact with the Nightshade, look out for unexpected rashes, constipation and visual and auditory hallucinations as these are all common symptoms. 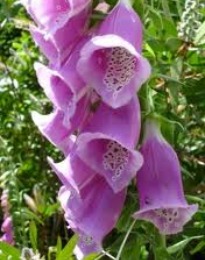 Among the more colourful killers lies the common Foxglove, a perennial member of the Digitalis variety, this beauty is often mistaken for Comfrey. Symphytum Officinale is regularly used for fermenting liquid tomato feed or brewing tea and it is in this usage that the Foxglove can claim its victims. However the steroidal glycocides that make this plant so dangerous are present in all its extremities – from root to flower – and, as such, children have often fallen prey by consuming the water in a specimen’s vase. Should this occur then give away signs will include vomiting, abdominal pain and late stage convulsions. 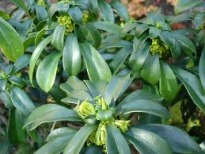 The Spurge Laurel, or Copse Laurel, is a species of Daphne – an evergreen with an appeal to gardeners for both its spring flowering and the fruit it bears in late summer. Unfortunately this plant can be rather tenacious once it has a foothold in your garden and must be handled with care during removal. This is due partly to the poisonous aspects of all its extremities and the sap it produces, which has been known to cause rashes and skin irritation almost immediately upon contact. Being a native of Britain, important factors in this species’ propagation stem from the qualities of its soil. If you avoid a limestone or alkaline rich base then the plant will be less encouraged to grow there.

Conium, or Hemlock, is a member of the Apiaceae family, a genus type native to Europe and North Africa and potentially deadly to humans and their livestock. White flowering in appearance with finely defined triangular foliage, the threat of this femme fatal stems from her high alkaloid count particularly the presence of the substance Coniine. This compound is similar in chemical composition to the actively addictive element of cigarette tobacco, Nicotine, and kills using muscular and respiratory paralysis, eventually clotting the flow of oxygen to the brain.

Nerium Oleander is so widely distributed that its country of origin still remains a mystery today, in fact is one of the common poisonous plants currently in circulation and prolific use. Its merits are obvious, as it is a beautiful species, with leaves of green leather and whorls of rosy silken thimbles, in fact this species is so favoured that, like the Monkshood, it has been found calling children’s play areas home. Oddly, there has emerged a substantial business based around the medicinal value of these plants, however one should ignore any promise of holistic remedies from the Oleander, as they contain no known beneficiary substances, in fact with the toxicity of this genus being what it is, they can pose quite a danger. Side effects of Oleander poisoning include diarrhoea, seizures and coma. 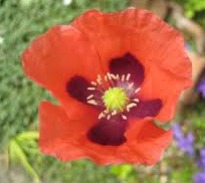 There are a host of separate connotations attached to the species Papaver somniferum. The common poppy is synonymous now with celebrated heroes, and one nefarious heroine respectively, for it is the poppy that supplies the world with the notorious substance opium. Aside from indirectly fuelling one of the planets most destructive addictions, the latex derived from this plant can also contribute to lung and heart collapse or even induce coma.

Next we have Angels Trumpet, which is exactly what you might hear were you to ingest this extremely toxic bloom. As the name suggests, these beautiful flowers hang daintily from the heavens and grow as low lying trees or large shrubs. The Brugmansia, to give it its proper name, can cause pupil irregularity or unusual dilation, should it make contact with the eyes and can also cause hallucinations. Fortunately, however, they propagate most successfully in tropical climes and require frost protection if they to thrive in a temperate zone like Britain. 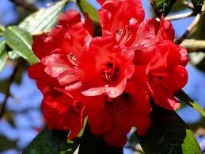 Rhododendron is a seminal species of shrub, popular among many horticulturists for its ornamental uses and as such is often deployed in stately and domestic gardens. While not strictly lethal to human beings, this cultivar is reported to have some negative side effects even in more historical veins. While Pompey the Great a great Roman military leader, was marching his army of ten thousand they stopped and indulged in some of the honey from a local village, unfortunately this particular hamlet was surrounded by the eponymous flower and the bees that had rendered the aforementioned honey, had done so with toxic nectar. Historic records indicate a mildly laxative and hallucinogenic effect on the soldiers that in severe cases led to unfortunate casualties! 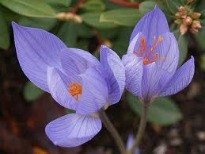 Autumn Crocus makes our final entry, as it fits the aspects of both allure, and lethality, most admirably. The only endangered species, it is highly unlikely that you’ll ever unwittingly stumble across Colchicum Autumnale, however if you do, and you do eat it, then don’t waste your energy trying to save yourself. Lie back and enjoy the sight the purple flutes that just buried you because, unlike any other femme fatal found here, the Autumn Crocus’ toxin is related to the infamous arsenic and as such it has no cure!

Blooms on Canvas
The Shelf Life of a Show Garden