It is 2012 and, aside from a certain birthday party here in the UK, we have several things to celebrate, not least of which is Holland’s Floriade, the ten-yearly festival that, as of this year, has been going strong since its inception in 1960. The theme for this year’s expo, which takes place in Venlo, and which attracts enthusiasts and professionals from across the globe, is ‘The Theatre of Nature’ which is considered by its inventor to be an interactive theatre, affording visitors a role of participation rather than mere observation. 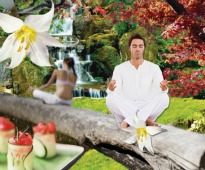 The concept circles around nature’s ability to engage all the senses simultaneously. We’ve already discussed the different psychological benefits of exposure to certain colours, however, Floriade is as much about the human dividends in nature, as it is about the reciprocation of the gifts the natural world gives us.

It’s no surprise that the event is only held once a decade as it is one of the longest running of the year – beginning just over a week ago and not winding down until early October. It is also one of the largest horticultural events in the world, this year occupying over 100 hectares for the fair and show grounds. This grand scale is understandable, given that the show has averaged three million visitors since its opening and peaking at nearly five in 1982.

The exposition this year is divided into five separate and distinctly themed ‘worlds’ designed to cover all aspects of the basic theme. 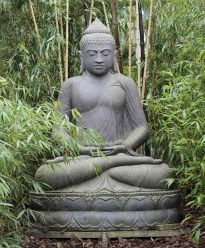 These five areas could be said to encompass the key motivations behind modern horticulture namely the therapeutic drive of Relax and Heal, the integration between technology and nature as found in Green Engine, an investment in awareness with Education and Innovation, the rising importance in introducing green spaces to our urban settings covered by Environment and finally, gardening for its own sake, or for the sake of excellence, which will be promoted on the World Show Stage.

However, while horticulture certainly holds the limelight at Floriade it cannot be said to be only discipline exhibited, there are also stages for graphic art and design, music, dance and the theatrical arts. Aside from these, this year’s Floriade also boasts the largest gondola ride programme in the Netherlands, with a maximum capacity of 4000 punters per hour! 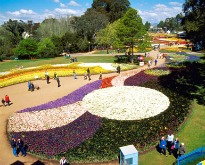 Villa Flora, the indoor flower exhibition is the largest on the continent and quite separately there are over 100 commercial ventures and exhibitors and, as was a common theme for those working the floor at Ecobuild, the recent exhibition in London, you can expect a heavy focus on the application of sustainable energy sources and minimising ecological footprints – something that has been both scrutinised and encouraged as one of the core foundations of this year’s event.

While Floriade promises to minimise its effect on the environment and derive maximum efficiency from waste products, the economic viability of the expo is also being taken into account. Why, even on their homepage they assure visitors of the quality of asparagus and beers to be found in the northerly region of Limburg!

The only question remaining is where will you be during this decade’s largest horticultural gathering? Considering the relative cheapness of a flight to Holland these days and the multitude of reasons to buy one, Floriade aside, can you really afford to miss it?