Flowers from your Garden

It is a great joy and creates a sense of achievement, to bring flowers indoors from your own garden. A vase of garden flowers look stunning when simply and naturally arranged and it is often more pleasing than a more formal arrangement. A good flower arrangement can give the impression that the blooms have almost grown out of the vase!

Flowers that are good for arranging : 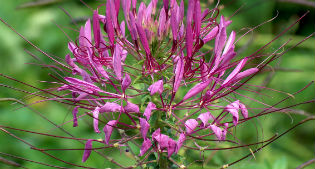 This is a half-hardy annual with a long flowering period through summer and autumn. ‘Violet Queen’ grows to 1.2m (4ft), while ‘Senorita Rosalita’ is a softer, lilac shade. The blooms last well in vases. 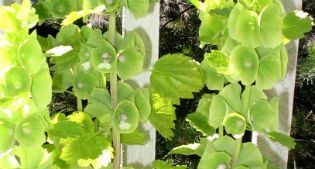 Also known as bells of Ireland, this is a member of the mint family. It has a 90cm (3ft)-tall spike of apple-green flowers and the cut blooms look lovely in arrangements. They are also excellent to use when dried. 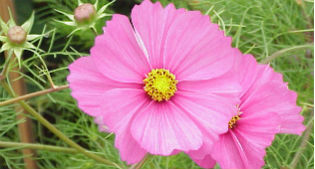 This has daisy-like petals with feathery foliage and if cut regularly will produce a large number of flowers. You can include the pure white ‘Purity’, deep orange ‘Bright Lights’ and bright pink ‘Versailles Tetra’. 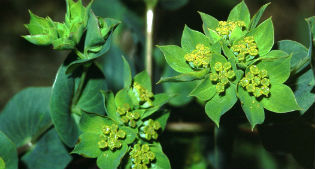 This plant has lime-yellow, euphorbia-like flowers, and is the perfect foil to other plants in your displays. It is a half-hardy annual reaching 60-90cm (2-3ft) in height in a sunny spot, and will self-seed freely. Put them straight into water after picking to prevent them from wilting. 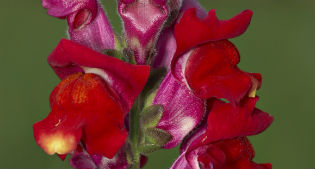 Commonly known as snapdragons, antirrhinums have bushy, colourful spikes. They come in a huge range of colours, but tall varieties include ‘Scarlet’, pictured, which grows to 60cm (2ft) high, and ‘White Giant’ (90cm/3ft). 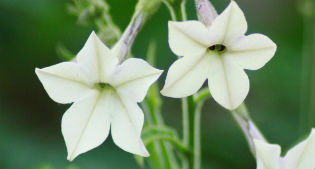 The tobacco plant makes an eye-catching statement at the back of the border and reaches 1.5m (5ft) in height. Its white flowers are beautifully fragrant and, unlike lots of other half-hardy annuals, it will do well in semi-shade as well as in direct sunlight.

Cut-and-come-again plants do well with repeated harvesting and include a wide range of flowering plants such as sweet peas, petunias, dahlias and cosmos.

They will all go on producing fresh flowers until they either set seed or grow exhausted at the end of the growing season. Picking the flowers has exactly the same effect as deadheading, but instead of removing the spent blooms you choose them when they are at their best.

This does not harm the plant as it will simply produce more flowers to replace those that you have cut.

Pick first thing in the morning or last thing at night as the flowers will last longer. Ideally it is best to pick at night then leave the stems in water in a cool place ready to arrange the following morning.

Remove at least half the foliage from each stem, leaving the lower section bare.

Plants that are prone to flop can be restored by dipping the cut ends for 30 seconds (no more) in boiling water.

The secret to getting the best from a cutting garden is to keep picking the flowers. The more you pick them, the more they will produce and the better it will look. You need to pick widely at least once a week, especially in dry weather. If you can’t use all the flowers, give them away.

Don’t cut the stems right to the ground. This will ensure that some of the side-shoots are left, from which the next blooms will grow.

Gardening is Good for You
June Plants & Gardening Tips