Since time immemorial flowers have been the subject of literature, paintings and poetry, not only for their beauty but more significantly the connotations that their individual appearances, uses and detriments evoke.

Consider how often Shakespeare would characterise flowers or even use them to overshadow the plots of his more tragic plays. Perhaps the most famous example of Shakespeare’s flowers come from the political tragedy Macbeth, concerning the cultivar ’Deadly Nightshade’, which was woven so tightly into the personas of the script that one would require an in depth knowledge of Greek mythology to fully appreciate it’s presence. In the infamous scene concluding with the death of King Duncan, Macbeth combines the Nightshade or ‘Atropa Belladonna’ into a draught to poison the monarch.  I mention Greek myths because, according to their lore, the Atropos were personified by the three fates who were the defacto seamstresses of the Tapestry of Destiny, and coincidentally these three fates appear as the Three Hags who guide Macbeths decision to kill the king – ironic no?

In Robert Frost’s poem ‘The Rose Family’, he uses the rose as a symbol simultaneously of excellence and mediocrity and compares the two through the reputation of the titular family, stating that:

‘The rose is a rose,

And was always a rose.

But the theory now goes

That the apple’s a rose,

And the pear is, and so’s

The plum, I suppose.’

By stating these obvious discrepancies, Frost highlights the inherent stupidity in one trying to measure their identity against another, and perhaps the rose’s exaltation might be a source of envy for other flowers – an obvious allegory for the human condition. 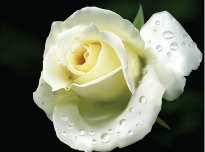 In ‘A Flower Give to My Daughter’,  James Joyce makes use of the white rose as a symbol of purity as he relates a small vignette about his gifting the flower to his child, whilst musing on the eventual mortality of her youth and virtue. 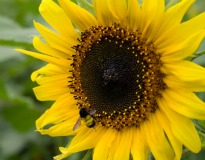 William Blake, a revered poet of the Romantic period, would often use nature to vocalise the themes of his work, most notably those of innocence and experience as personified by the lamb and the tiger respectively. With the poem, ‘Ah! Sunflower’, he seeks to encapsulate the theme of mortality with the vain hopes of the eponymous cultivar as it nears the end of it’s life – how, like people, it’s youthful exuberance has long since passed and now it merely watches the movement of the sun, awaiting it’s time to die and be reborn.

Throughout her poem, ‘A Bed of Wild Violets’,  Eliza Allen Starr highlights the themes of man versus nature by first outlining the tranquillity that can be found in a bed of violets, and how even the breeze caused by the nearby bustle of the metropolis can be converted to something relaxing by the presence of the flowers. The poem also serves as a eulogy to childhood, as she recalls the positive characteristics of which plants and nature are capable, and do not share with her human contemporaries – those of achievement without pride.

It is important that we reflect on the influence and the characteristics that flowers have encouraged throughout our cultural development, and perhaps take from their appearances some of the personality traits for which their authors so praised them.