It is easy during the year’s penultimate season to become entranced with the bronzes and ambers and crimsons with which this period has become associated. The better known colours of autumn will always be the foliage, which is unfortunately, so short lived and as a result it is common practice to often overlook the potential for flowering species. Below you’ll find ten perennial flowers to bring colour to you through late summer to early autumn. 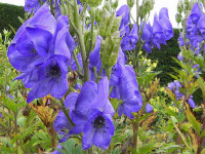 This is a tall variety of ‘Monkshood’ which has something of the appearance of a late delphinium. The plant’s foliage is a rich green and in late summer the hooded blue flowers appear. As with the common varieties you should take great care to avoid ingestion and contact with the skin where possible as this genus is highly toxic. Monkshoods prefer a moisture retentive, partially shaded position. 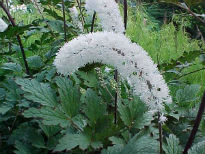 A tall, clump forming herbaceous perennial, the White Pearl is so named for the clusters of snowy blooms it bears along its stems which themselves are set against small, pinnate foliage. It will grow quite well in shade. 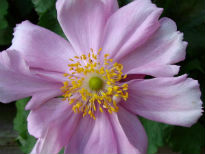 This is another shade tolerant flower whose tough, fibrous root stocks will ensure protection against all but the worst conditions. Their flowers are generally five petalled and disc-shaped, appearing in soft pink with yellow stamens. 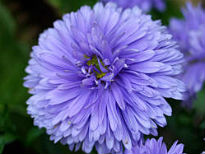 Marie Ballard has a pale violet, double, daisy-like flower and a rounded, bushy habit. It needs full sun and well-drained soil to thrive. 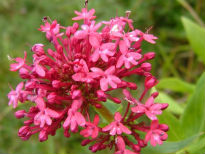 Commonly and somewhat misleadingly referred to as the ‘Red Valerian’, this bright pink flower will form clumps of tiny of petals atop long grey-green stems and continue its colour well into October. It’s another plant for a sunny position, but it will grow in any well-drained soil and often self-seed quite freely. 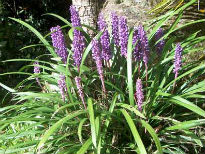 The flowers of ‘Big Blue’ are quite reminiscent of the look of common Lavender with pillars of purple flowers lining its stems, but its grassy foliage is quite different. It will grow in sun or shade, but doesn’t really like a chalky soil. 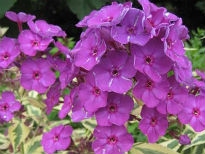 The Harlequin’s etymology can be attributed to its lightly variegated foliage that could be said to resemble the diamond patterns of this classical figure’s costume. This aside it is also has beautiful purple flowers that will redden with the passage of summer. It doesn’t mind sun or a little shade, but it does need a moisture retentive soil. 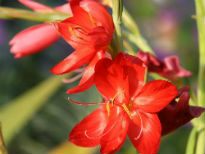 This is a vigorous, semi-evergreen with lance-shaped, grassy, pale green foliage and rose red, six petalled flowers. It is clump-forming and ideally suited to middle of the border planting, but it can be a bit fussy, requiring well-drained but moisture retentive soil. It will also need a protective mulch in winter. 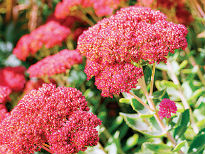 A fleshy-leaved plant, Autumn Joy bears flat heads of masses of tiny salmon-pink flowers, turning rusty brown as they age. They are pretty tough plants and the butterflies love them, just give them sun and well-drained soil. 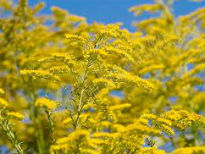 The common name for these is ‘Golden Rod’ and they are popular garden plants for their tall stems of feathery, plume-like golden yellow flowers late in the season. They will thrive in either sun or light shade.