Grow Your Own Green Manure 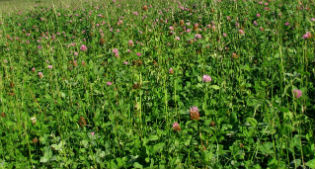 Green manure is a brilliant idea for gardeners as you grow the organic stuff where it is needed, so there is no need to move bags or barrows of manure around. It is also a cheaper option than buying soil improver from the garden centre; instead all you need to buy are a few packets of seeds.

The idea is to grow agricultural fodder crops especially to dig them into the ground, in particular in the beds where you will be growing your vegetables at a later stage. The ‘manure’ crops also do a pretty good job of smothering the ground, thus keeping the weeds at bay, so it can also be an ideal way of clearing up an overgrown allotment.

Late summer and autumn is the time to sow green manure crops that will be left on the ground through the winter and then dug in the following spring. 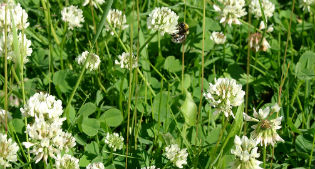 If you have an area that you want to keep tidy for several years rather than cultivate it now, but you want to improve the soil in the meantime, sow red or white clover as a “lawn”, cut it occasionally then dig it in after a couple of years.

The following Green Manure plant descriptions are reproduced in part from https://www.sowseeds.co.uk where several varieties of green manure seeds can be bought. There are of course, other outlets that sell them too! 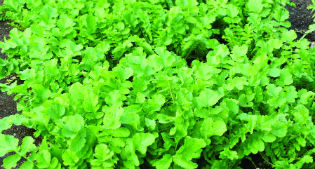 Fodder Radish is a very quick growing green manure. It germinates in about 3-10 days depending on soil temperature. It has the ability to draw up nutrients from the subsoil and also penetrate compacted soils with its strong deep rooting tap root.

It should be sown after the last frosts (May- August) and then can either be cut down on flowering or allowed to die back naturally through winter, used as a mulch and dug in during early spring. If it becomes too long it can be topped to about 20cm and allowed to re-grow. It is part of the Brassica family and should be treated as such for crop rotation purposes. 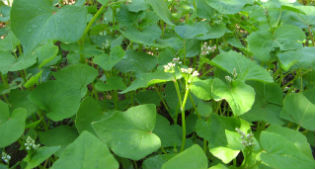 Buckwheat is a fast growing short-term summer green manure that germinates in about 3-5 days. It produces a dense canopy of foliage that smothers & out competes weeds and once dug into the top layer of soil (15-18cm) rapidly decomposes helping to improve the soils structure & organic matter content so it can retain more moisture. 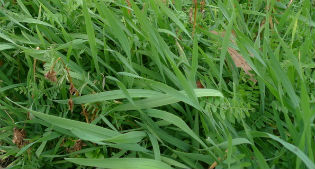 English Early Common Vetch  produces a lot of bulky foliage that helps improve the soil structure/texture by adding good add organic matter. It also has the ability to fix nitrogen and suppresses weeds. 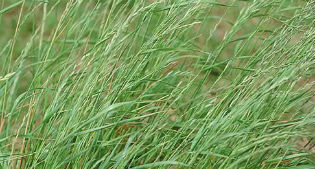 Italian Ryegrass  a good at suppressing weeds and fits anywhere into crop rotation plans. It has the ability to lift nitrogen from the soil and slowly release it to the following crop.

So there you have it! A few ideas for Green Manure plants that will save you having to barrow in compost or manure from your own compost heap or from the garden centre.

August Plants
Get your daffodils in!