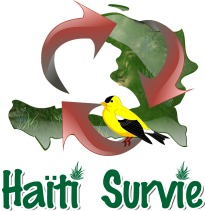 In the wake of recent disasters that have stricken Haiti with poverty and forced its people into the tall shadow of starvation, and since the devastation of 2010’s earthquake that laid waste to much of the country’s infrastructure, the charity organisation Haiti Survie has turned its efforts toward restoring the ecosystem of the country that has also recently been ravaged by deforestation.

Previously over half of the country’s surface area was dominated by trees and other biomass, but due to the increasing poverty across the country the population have been forced to harvest this biomass to near extinction in order to maintain their economy. The trees themselves are cut down and converted in charcoal for future sale on the energy market and, because of this repeated practice, the percentage of forest rich area has dropped from around 60% to barely 2% of its trees remaining.

In response, the environmentally based charity has begun a reforestation project, supporting the planting of over 100,000 new saplings. The end goal of the project is, by the end of the next generation, the country will have not only a more sustainable economic base, but also a locally produced source of food to save Haiti from dependence upon imports that, frankly, the country can’t afford en masse.

To this end, the scheme has focused on planting fruit bearing trees and in engaging the interests of all facets of the community, who’ve divided the separate phases of the reconstruction among themselves. 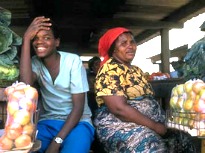 The BBC website hosts some marvellous photos of children and adults alike pitching in to help with the work.

One of the founders of Haiti Survie, Aldrin Calixte, had his motivation behind the project recorded as saying:

‘We want to give people an alternative income to combat poverty. When people have fruit trees they can produce fruit to combat hunger.’

This project replicates many similarly focused groups across the planet, who’ve undertaken mass reforestation and natural restoration projects, which, due to their abundance, led the UN to name last year ‘The International Year of the Forests’.

Perhaps the most successful example among reforestation projects is that set by South Korea who, following the 35 year Japanese occupation and at the end of hostilities in 1953, faced a near barren countryside. However, in the years between 1954 and 1984 the total cubic mass of timber for the country more than quintupled, from 30 million to over 160 million and between 1961 and 1995 the allotted area for forestry increased from 4 to 6 million hectares. It is now estimated that over two thirds of the country is blanketed in green and no microcosm is more indicative than the former demilitarised zone that now serves as a wildlife preserve.

With or without the motivation of a recent disaster, these types of projects are essential to our social infrastructure and indeed our survival. Aside from the obvious necessities of water and air purification, we must bear in mind the livelihoods that rely on our timber, not to mention the animals that call these forests home. Indeed over one and a half billion people have employment based in timber and yet we still destroy a grotesque 18,000,000 hectares of our forests annually – an area nearly 9 times the size of Haiti! This must stop – and soon!