The words on every horticulturalists lips this week have been Hampton Court and in keeping with tradition we wanted to weigh in with our opinions of the most exciting, original and relevant ideas being explored at one of London’s greatest gardening shows.

The purpose of all art is to try to extract and expose truth from our society, particularly those truths that it is considered subversive to discuss, in the words of seminal street artist Banksy – it should disturb the comfortable and comfort the disturbed. The primary difference between agriculture and horticulture is the latter’s pursuit of aestheticism and thereby it’s definition as an art form rather than a scientific practice.

This year at Hampton Court there are several conceptual gardens which have set a high standard for the pursuit of truth and the mockery of the absurd banality which discards such truths – none more so than the UNHCR: ‘Border Control’ project, ‘The Greenhouse Effect and Near Future Garden’.

The Greenhouse Effect, as you might imagine, deals primarily with the greatest threat to human survival that we are currently facing. Designer Sheena Seeks’ triumph lies in the simplicity of the display. The five greenhouses display the basic elements necessary for plant life on Earth, followed by a lush and verdant ecosystem. However, the final Greenhouse displays only a patch of barren sand to remind us of our dwindling water supplies and rising temperatures – painting a bleak promise to those who would ignore this grave warning.

Conversely, the Near Future Garden uses subtle planting, marvellous sculptures and an ingenious centre-piece to draw attention to another great destroyer of our world – our addiction to fossil fuels. By ingenious employment of metaphorical structures, representative of alternate energy source such as wind, solar and water power the Near Future Garden offers a crucial glimpse of hope – of choice. At its core, both literally and figuratively, this garden is an accusation drawn against the oil industry. A pool of black liquid, eternally draining into a vortex draws imagery of a clock running down. While using a less minimal design, the project is no less effective. Planted among a grim desert landscape, sparsely populated by the drought-tolerant plants that may become mainstays of Britain’s future gardens, the pertinence of this design cannot be underestimated.

While these designers paint a vision of an unchecked future, their contemporaries-John Ward and Tom Massey specifically-hold a brutally candid mirror up to our nation’s present as it is being perceived on an international scale. The ‘Border Control’ project as you might have guessed is a visual commentary on the current migration crisis transpiring throughout Europe but particularly the xenophobic policy-making that has been adopted here at home. The genius of this design lies in the dichotomy between its oasis-like interior and the harsh surroundings that complement it. A dingy moat and a layer of barbed wire fencing, complete with security gates, evokes in the mind of viewers the struggle that must be overcome by other human beings in their attempt to seek sanctuary. The views are strikingly different between the centre of the garden and the segregated exterior-especially when you realize you’re standing atop flag stones etched with ‘Nobody left outside’.

As a huge fan of the mimicry style that the Japanese popularized, Journey Latin America’s entry had to make my list this year, designed to pay homage to the grandeur and sophistication of the Incan empire and particularly its crown jewel as it survives today-Machu Picchu. In magnificent reverence to the agricultural innovation of the ancient culture, designer Jennifer Jones installed grassed terraces complete with their own likeness to Incan irrigation methods. Alongside this grand structure lies a host of tropical planting as well as a fire circle to remind us that even empires had humble beginnings. When held against its foreboding contemporaries, the Incan portrait instills in us a nostalgia for the glory and simplicity of the past and a crucial faith in humanity’s ability to overcome adversary – given how much we face in the future.

Picture Credits from the wonderful RHS. 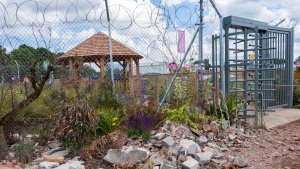 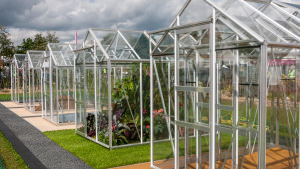 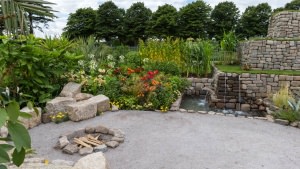 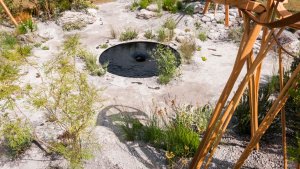