The unusual weather we’ve had in this past year has been a recurring topic in these articles and it now rears its head again, as reports come in of winter strawberries and daffodils. Indeed, across the country farmers and gardeners alike are reporting out of season blooming and fruiting and attributing it to the incredibly mild autumn we’ve had this year. 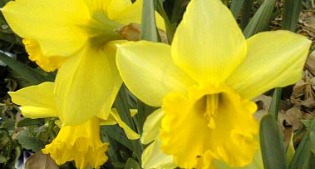 In Altrincham, just south of greater Manchester, Damian Harris, head gardener on the Dunham Massey estate, is reporting the first signs of spring blossom in a full host of daffodils that materialised throughout the grounds. Normally this genus would be taken as a visual alarm clock of the dawn of spring, however they are now appearing two months early, due to the specific conditions imposed by the second warmest autumn in over a century. Daffodils are not the only out of place sighting here either, Harris has also states that Azaleas and Rhododendrons have been sighted in the grounds, which ordinarily would not be expected to appear until late May to early June. It is expected that once the winter weather sets in later this month these species will simply hibernate until the warm weather returns in the spring. 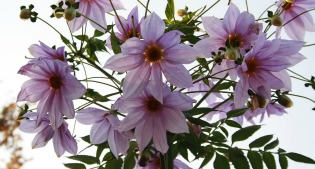 In our own garden here in Kent, Clematis, perennial Geraniums and Nasturtiums are still in bloom and at Berkeley Castle in Gloucestershire, the slightly more uncommon Giant Tree Dahlia, Dahlia imperialis, is in flower, as it is in many parts of the country, which is unusual. Normally this plant is grown for its dramatic foliage and size only, however, this year the flowers have been spared the early trial by frost that usually prohibits them from blooming.

RHS Principal Horticultural Advisor Leigh Hunt has also had reports of magnolias in flower during autumn and apple trees producing a second flush of blossom. 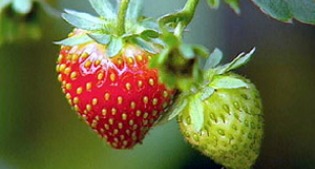 In Bishop Stortford, Hertfordshire fruit farmer John Lukies has announced a spate of December strawberries and raspberries coming to fruition, again because of this year’s fair autumn and also partly because of the extremely wet summer that preceded it. While the fruit is not copious enough to be financially beneficial, no one can complain of a few extra raspberries to eat!

Of course, on the other side of the coin and despite this damp summer, the very dry autumn and winter thus far has meant that England is down to its lowest rainfall average in forty years, falling at just below 18 inches, as opposed to the usual 25. The concern here, therefore, stems from the low reservoirs that agriculturalists like Lukies depend on to water their crops, and how they will be affected if this relative drought does not let up.