In this month’s editorial I’ll be reviewing the features of some of Britain’s most famous gardens hopefully providing you with some inspiration for your own. 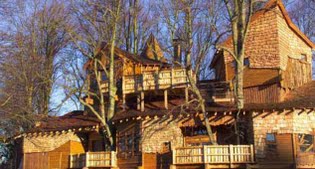 The British people’s reputation for being gardeners stems from our public interest in the subject through television, film and literature and more is embodied by our horticultural achievements particularly in locales such as Alnwick in Northumberland. Located North of Newcastle, this site is one of the most spectacular examples of British horticultural excellence I’ve been fortunate enough to come across.

First of all it’s location is less than 40 miles from Northumberland national park, so both natural and tailored beauty can be appreciated in the same day trip. Secondly, and perhaps more importantly, the garden serves all appetites, regardless of age or preference and this is due to the segregation of genre that applies to its design. 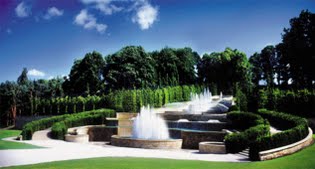 If you’re partial to a water feature then check out the grand cascade, more waterfall than feature, it serves as a visual bridge between the lower and upper sections of the site. At it’s head you’ll find the Ornamental Garden- it alone is home to over 16,000 European species- adjacent to the recently opened Tai Haku Cherry Orchard.

At the cascade’s base you’ll find a plethora of different horticultural pleasures, if you’re entertaining children then you may wish to explore Europe’s largest treehouse complete with souvenir shop, or the interactive water sculptures. 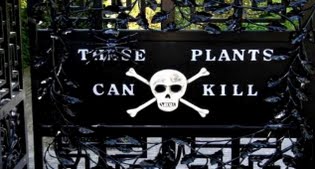 Alternatively, if you wish to learn the potential dangers of the garden, or merely entertain a fascination in the macabre, then the poison garden lies to the immediate left of the falls and is inhabited by species such as Belladonna, Mandrake and Tobacco plant. 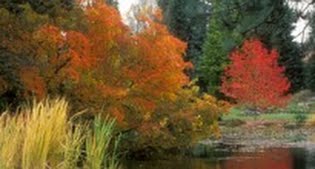 Coming south, Cambridge University botanical gardens provide stunning landscapes all year round, having sections of their site specially designated to cater to the aesthetic particulars of each season. Unfortunately I have limited space for review so I’ll just cover the Autumn gardens.

During the darkening days of the year, the focus is on trees like Metasequoia, a deciduous species that complements the sunfire yellow Maidenhair with it’s copper red tint. However this shouldn’t suggest the Autumn garden is absent of planting. Crocuses pepper the beds, purple among the sapphire backdrop of Aster x frikartii – plenty of inspiration here then. 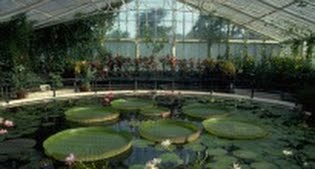 Perhaps London’s most innovative public garden is Kew gardens, an organic, transient art gallery among beautiful natural surroundings. The most famous aspect of the garden is the Palm House, an innovative green house that contains a microcosmic rainforest based on the eco-systems of South Africa and Madagascar.

A marvel of Victorian engineering, this glass mansion was constructed between 1844 and 1848 to accommodate the array of exotic plant life that the Empire wished to preserve from its explorations, some of the species dating back to 1775! 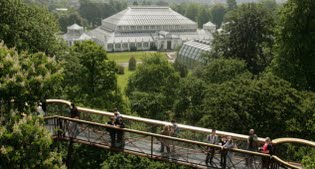 For an eagle eye view of the garden you should utilise the Xstrata Treetop Walkway, designed primarily to exhibit the tree life of Kew i.e. Sweet Chestnut, Lime and Oak.

It’s entrance is also decorated with tree sculptures marked with educational facts on the history and ecology of the green life you’ll be about to witness. At the end of this path there also lies the subterranean Rhizotron, containing an installation explaining the symbiotic relationship between tree roots, the soil and the insects that inhabit it.

So if you’re stuck for inspiration this Autumn then go and explore one of these or the hundred thousand other public spaces built for you, the ‘green minded’, and your family to enjoy.

January in the Garden
Garden Gadgets for Christmas