Involved with the Bulbs

Long before we began these blogs, I would hope that it was a clear and obvious thing that the involvement of our children in gardening is imperative to both their current and future wellbeing. The benefits of a tangible relationship with the natural world, especially one established at a young age, have been written of exhaustively and can be a little overwhelming, but that’s not what this piece hopes to achieve. Instead it is aimed at providing a simple way of involving your children and hopefully making the whole task seem less daunting.

Bulbs are a good start as they’re simple to plant, simple to remember and varied enough that you and your children can enjoy seeing at least one a month in flower together in order to impress upon them the continual aspect of gardening and make it easy for them to see the results of their work.

So this article, and its successor, will outline a bulb for each month of the year. We are all familiar with Snowdrops and Daffodils, but we’ve chosen some slightly more unusual species you might like to try. 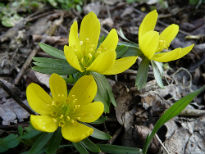 The ‘Winter Aconite’ is appropriately named and its buttery yellow carpets of flowers provide a cheerful picture in the grey winter months. Planting time is August – September.

This is a low-growing flower with a star-like appearance in both shape and colouration. What’s more, they’re incredibly hardy and thus require little maintenance once flowering has begun in early spring. Plant in September, in sun or light shade. 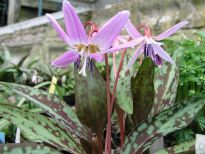 This genus is commonly referred to as the ‘Dog Tooth Violet’ due to the shape of its tubers and will produce lance-shaped, pale pink flowers over mottled foliage throughout middle March. They should be planted August – October. 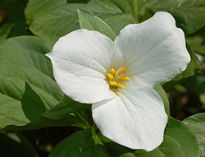 A variety of Lily, somewhat more diminutive to those you would ordinarily associate with the name, which will bear small groups of three-petalled, white flowers all the way up to June. They’re a little fussy, requiring well drained, humus-rich soil in partial shade, but if you can provide such a woodland setting, plant them between August and September. 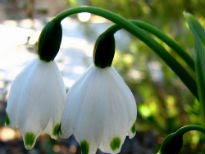 Despite its common name ‘Summer Snowflake’, this is a decidedly spring time bloomer, bearing hanging, bell-shaped flowers in milky white, a bit like a tall Snowdrop, against green, lanced foliage. Planting time is August to September. 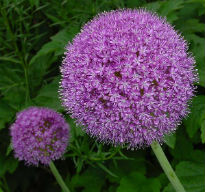 The ‘Giant Allium’, which is actually a member of the onion family, produces spectacular spheres of tiny purple blooms, which themselves have a star shape to their petals. As their name suggests, they are large, reaching up to 1.2ms tall. Plant them in full sun from now until October.

All of the above can be planted now and, as a general rule, bulbs should be planted in a hole that is two or three times deeper than the width of the bulb, but do follow the instructions on the pack.

So, take your pick, or have a go with all of them!

The Olympic Legacy
The People of Olympia