One of the skills of modern landscape designers is their ability to transport us, like a good book, to a place or feeling in imagination and/or memory without leaving range of our own teapot. Holidays, particularly the new and exotic places we visit, often occupy a special place in the halls of recollection so why not create a Mediterranean garden to remind ourselves of those times.

The Mediterranean is characterized by its food, its rich biodiversity and the arid climate that supports the continuation of both. As it happens, this dryness is highly suited to the changing British climate since it minimizes the thirst of a garden whilst also outfitting it with drought-proof planting which, given that 2014 was our hottest year on record with 2016 already set to break it, could be a reality our landscape designers are faced with in the near future.

Recreating the sun kissed climes of Greece, Italy, Spain and Egypt means paying homage to their distinctive architecture – made possible in our own gardens through liberal use of surfaces like Terracotta and Travertine tiles whose warm pastel tones, reflect the sunshine of those lazy afternoons. Gravel is also a fantastic alternative to paving since it possesses that distinctive crunch from so many Riviera driveways, but also provides fantastic drainage. Or you could go for mosaic tiles – so prevalent in Moroccan courtyards

Whilst heat and light are such definite hallmarks of the Mediterranean, it is crucial that we also recognize the need for shade and that can be provided, for example, by rustic arbours and a host of different climbing plants such as Passion Flower, Jasmine and Campsis and whose colours and scents are as pleasant as the sunlight that fuels them.

While we are unlikely to house our own coral reef or tropical lagoon, there is certainly scope for an aquatic attraction in a Mediterranean garden, indeed most landscape designers would recognise this as a defining element. You might consider a spurting wall mask or a tiered fountain reminiscent of Florence or Naples or perhaps a rill, a form of sunken aqueduct, could add geometric precision to your space while channeling memories of Venetian or Moroccan waterways. Certainly, most Mediterranean style gardens would be incomplete without the cooling element of water.

What will make your Mediterranean garden complete is its planting scheme. As a region defined by its cuisine, landscape designers would be advised to integrate an Olive tree whose silver leaves possess a striking matte sheen that captures cascading sunlight gracefully throughout the day. You might not get edible fruit, but you will at least get the look! Perhaps devote some pot space to herbs like Oregano, Thyme, Sage and Rosemary which grow very well in a British climate, and if you have a south-facing wall you might even consider a bed of crocus flowers from which you could harvest the much-coveted stamens for Saffron threads. Alongside your gastronomic choices you’ll also want to grow some exotic looking species with an eclectic variety of hardy palms, like the Trachycarpus fortunei , Chamaerops humilis and Cordyline australis. Shrubs such as Ceanothus, Callistemon, Lavender and Cistus and perennials like Agapanthus, Sedum, Alliums and Eryngium all add colour and enhance the Mediterranean theme.

So ends our exploration of Mediterranean gardening, hopefully leaving you with a holiday to return from and to whenever your feet grow itchy. 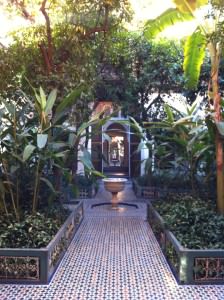 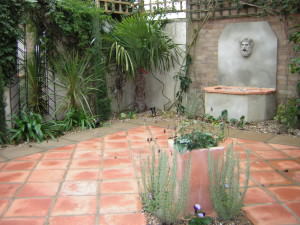 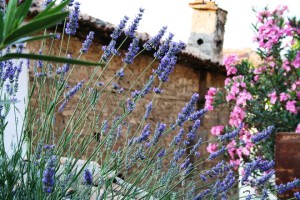 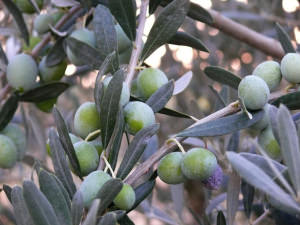