In light of the ruddy awful weather we’ve been having these past few weeks, we thought we’d have a look at plants that would positively adore this deluge that the weather services have promised will continue well into July and perhaps into August!

We’ll cover other provisions for heavy rainfall – sandbags and other preventative measures for flooding – in a later periodical, however, this week we’ll just be talking about which types of perennials are suited to damper conditions. 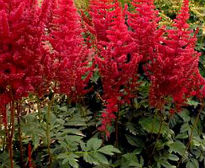 This is an upright perennial with towers of clustered blooms that will show in a deep reddish-pink throughout summer. They have attractive leaves, a clump forming habit and usually prefer shade and a soil that is rich in loam content.

Other names for this plant include ‘Water Goggles’, ‘Water Gowan’ and ‘Water Buttercup’. Now the linguists among you will have already noticed the correlation in all those monikers – the bright yellow flowers love the rain, the sunshine and a damp, loamy soil.

This is a clump-forming, herbaceous perennial possessed of pale green foliage and tall arches of white flowers that bloom densely throughout the summer and tail down in the autumn. They’re a delicate flower and it would be prudent to provide some shelter and some shade. 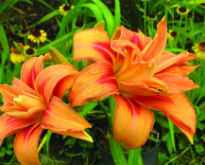 This is a semi-evergreen, herbaceous perennial with a clump-forming habit and bright green, strap-like leaves. Given some sun, it will bear large, vibrant, trumpet-shaped blooms with deep red centres surrounded by rich orange colouring throughout summer. 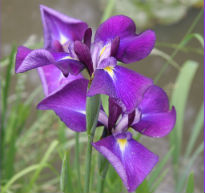 The ‘Japanese Water Iris’ is an upright, rhizomatous perennial with bell-shaped, lavender flowers. It has a clump-forming habit and will show these red-purple flowers throughout summer and into early autumn. 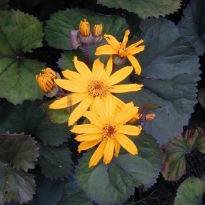 Otherwise known as the ‘Leopard Plant’ this robust, clump former will show large, yellow, daisy-like flowers with ruddy, orange stamen throughout summer and autumn, contrasting well with its large purple leaves. They prefer a dense soil type, ideally clay or loam and a sunny spot to grow in. 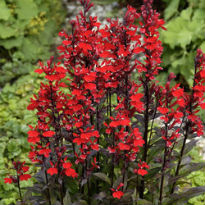 Though short-lived, this perennial certainly burns twice as brightly to compensate, showing erect stems weighed with small crimson flowers from June to September, contrasting with its purple foliage and stems. Also, for its short life span it is incredibly easy to grow as it has little preference in terms of its conditions being tolerant to most soil types, full sun or partial shade. 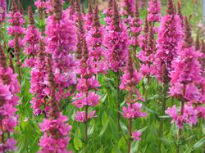 Another clump-forming perennial, the ‘Firecandle’ is named for both its colour and shape, it is an erect species that grown to height in excess of a metre and, if this were not eye catching enough, it also sports rich pink flowers along the length of its spires. 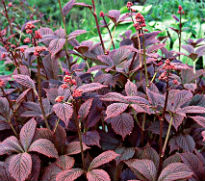 ‘Chocolate Wings’, named for its large, veined, chocolate coloured foliage, is a shade-loving, rhizomatous perennial with a clump-forming habit, this foliage will deepen in colour with age and grow to about 80cms high. Plumes of pinkish flowers appear in summer.

Arguably the most aesthetically focused flower on our list, the ‘Arum Lily’ is simply magnificent. It will bear trumpets of pure white with yellow stamen on slender, upright stems from rosettes of large bright green leaves. For best results, plant in boggy conditions where a high loam content is present.