Plants ‘can think and remember’ 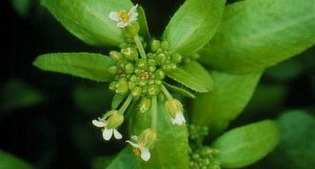 Plants are able to “remember” and “react” to information contained in light, according to researchers.

Plants, scientists say, transmit information about light intensity and quality from leaf to leaf in a very similar way to our own nervous systems.  These “electro-chemical signals” are carried by cells that act as “nerves” of the plants. In their experiment, the scientists showed that light shone on to one leaf caused the whole plant to respond.

And the response, which took the form of light-induced chemical reactions in the leaves, continued in the dark. This showed, they said, that the plant “remembered” the information encoded in light.  “We shone the light only on the bottom of the plant and we observed changes in the upper part,” explained Professor Stanislaw Karpinski from the Warsaw University of Life Sciences in Poland, who led this research.

“And the changes proceeded when the light was off… This was a complete surprise.”

For the full story, go to BBC News, Science and Environment article