Secret at The End of The Garden 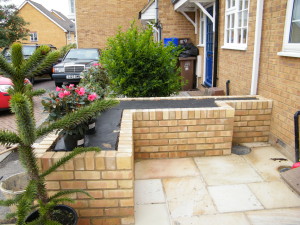 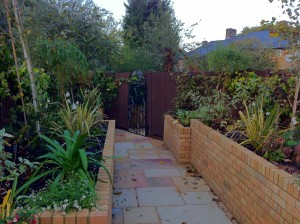 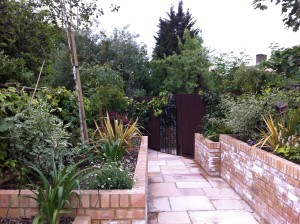 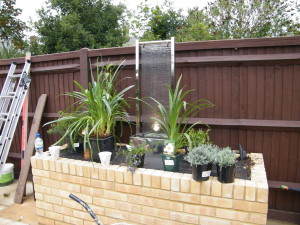 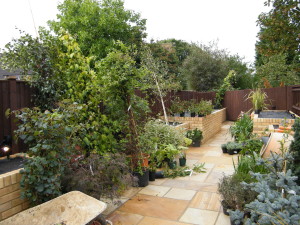 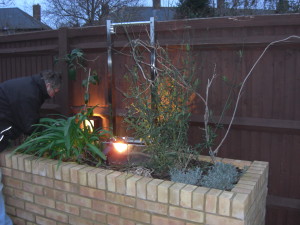 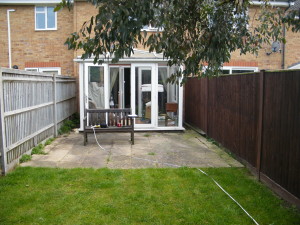 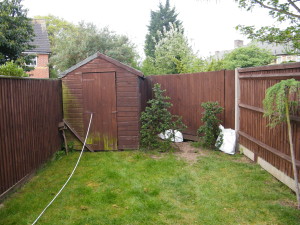 These are the front & rear gardens to a modern terraced house in a quiet cul-de-sac in Carshalton, Surrey.

Originally there was a small area of paving, a shed, a large eucalyptus tree, a few shrubs and the rest of the garden was laid to lawn.

Our client wanted to create a tranquil outside space in which to relax and entertain, but she has a very busy lifestyle so it needed to be easy to maintain.

She didn’t want to keep the lawn and preferred straight lines and angles for the design as she felt it suited the style of the house, so both the new patio area and raised beds follow this theme.

She likes trees but didn’t want to keep the eucalyptus as it grows too big and would be out of scale with the garden.

The garden is now largely paved and surrounded by raised planting beds.

The new planting scheme includes birch trees, and a fair amount of evergreen planting to provide interest and structure throughout the year, but there is also lots of colour in the form of foliage and flowers.

For the paving we used natural sandstone, with its warm tones and interesting textural and colour variations. The raised beds are constructed using bricks to match the house.

The preference was for deep jewel colours and favourite plants include Acers, Ceanothus, Wisteria, French Lavender, Fuschias and Day Lilies. Perfume was important and we used a scheme that would also attract birds and butterflies.

For structure, we used conifers with needle-like foliage and a particular request was for a Monkey Puzzle tree, which of course we included, although it proved a challenge to get it into the garden through the house, which was the only access!

There is a dog in the family, so non-toxic plants were used and we were asked to preserve the existing fox run at the end of the garden.

To add interest, and to increase the feeling of space in the garden, we included an illusion mirror feature giving the impression of a half-open gate leading to another garden beyond. The angled fence at the back of the garden gave us scope to do this and anyone approaching it from the house will not immediately see themselves, but rather a reflection of the planting in the opposite raised bed.

In the bed nearest to the house we used a contemporary steel and glass water feature that our client already owned, which adds the pleasing elements of sound and movement to the garden.

Lighting in the garden adds an exciting dimension, making it not only usable on summer evenings, but also visually accessible in the winter months. With inset lighting to the raised bed walls and up-lighting to the fountain and structural planting, the effects are dramatic. However, with the use of the different circuits, a subtler feel can be achieved, according to the mood and occasion.

Finally we stained the fences brown so that they ‘disappear’ behind the planting.

At the front of the house we built raised beds to match those at the rear and added some sculptural Spiral Box for either side of the door and another, smaller monkey puzzle tree to match that at the back, also in a pot.

Take a look at the photos from this garden design Carshalton.