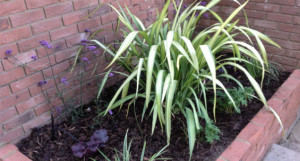 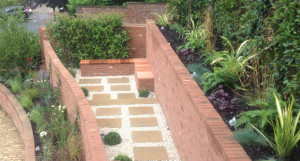 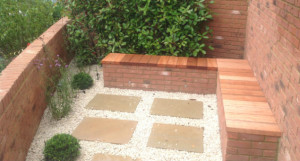 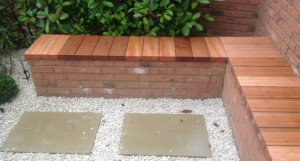 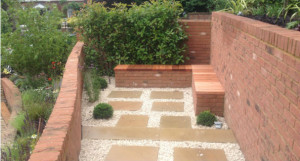 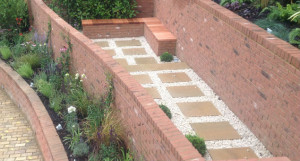 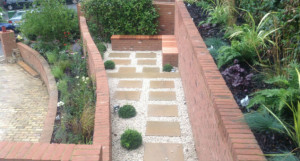 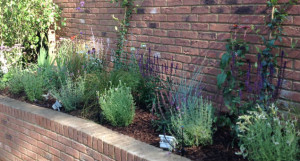 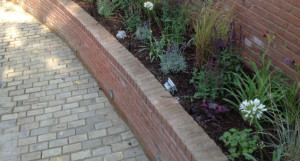 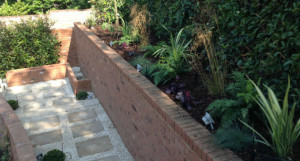 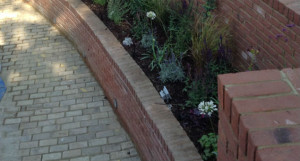 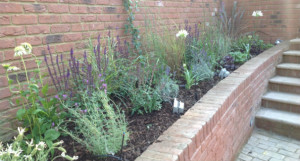 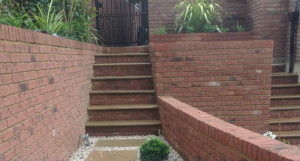 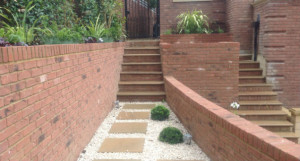 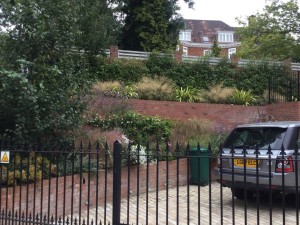 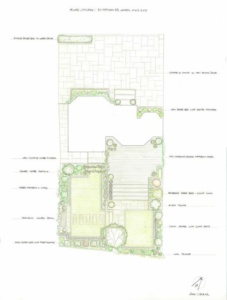 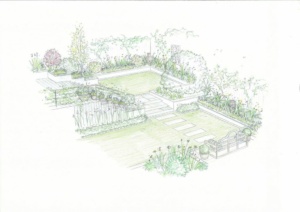 This is the front garden to a large detached house in Hampstead with an ‘L’ shaped garden that wraps around the house.

The design for this property was for the front garden, taking on the challenges of the two-meter retaining wall between the front drive and the elevated patch of land above. The front garden originally led out from the raised back garden to a narrow stretch of lawn which was surrounded on each side by Yew and Photinia hedging. The garden had no practical use and was segregated from the rest of the property making it a relatively dead space.

The retaining wall between this part of the garden and the front drive had a fairly large Yew hedge sitting on top, which heightened the sense of segregation, and made the garden and the house next to it appear to be part of a separate property.

Our client wanted to see this space re-integrated into the front of the property, creating a design that gives this space a use whilst enhancing the whole visual aesthetic of the front of the house. We discussed the solution of removing the existing retaining wall and terracing the side of the garden in order to open up the space and soften the appearance.

By terracing the garden into different sections we created a variation of planting beds that make the front garden more visually exciting and leads the eye from the front of the property around to the side, which solved the problem of visual segregation and made the property more wholly connected.

We created an area large enough to home a table and chairs and included built-in benches. We made this central terraced area similar in style to that of the back garden which helps to create visual continuity to the garden, by introducing matching paving and Cotswold gravel as existed in the rear garden.

The top terraced area was re-planted with new hedging plants around the existing wall, after first underpinning it when we removed the original hedging. The rest of the top terrace and the lowest terrace was designed with new planting in order to maximise the visual effect of the front garden.

In terms of planting our client wanted to see fairly low maintenance structural planting, but with the inclusion of softer and cooler perennial colours into the scheme such as blues, purples and whites. We also introduced climbing plants into the existing Leylandii trees in the rear garden.

The owner did not want to reduce the height of the existing boundary wall that faces the road, wanting to keep it at a fairly similar height in order to retain the privacy. In terms of materials being used in the garden, we matched the existing materials around the property. For this the terraced walls in the front garden were created using the same bricks as the house, and we used the same coping stones as in the rear garden. The extra space created in the front drive was paved in the same cobblestone that exists. The existing raised bed in the front garden was also replaced to match up to the new retaining walls.

Lighting adds an exciting dimension to the whole front garden, making it not only usable on summer evenings, but also visually accessible in winter months. Inset lighting to the steps, and up-lighting to the trees and structural planting create brilliant effects. However, with the use of different circuits, a more subtle effect can be achieved, according to the mood and occasion. In terms of irrigation, we installed a computerised irrigation system, which can be set to water the garden for a set amount of time each day, especially useful if spending any period of time away from home.