A Garden for All Senses 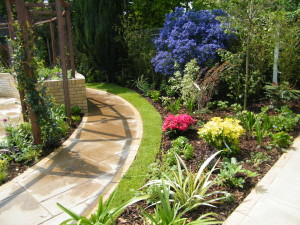 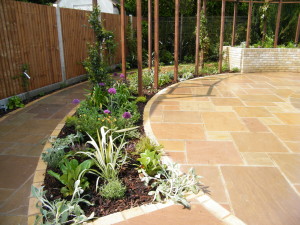 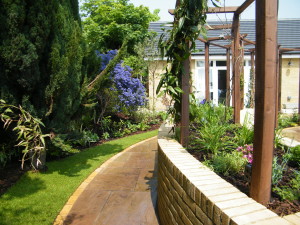 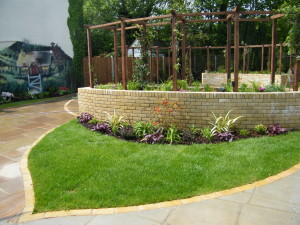 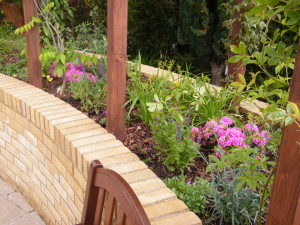 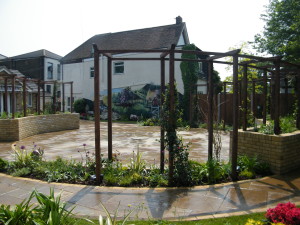 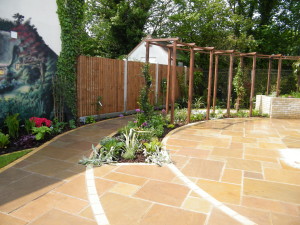 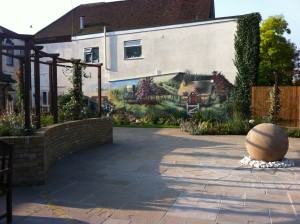 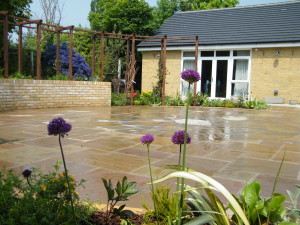 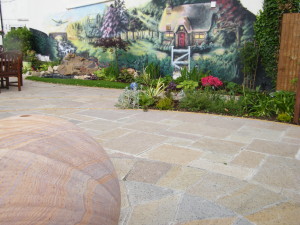 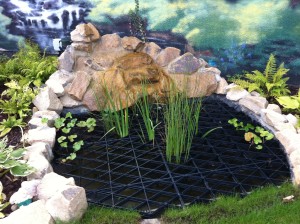 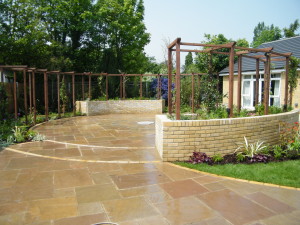 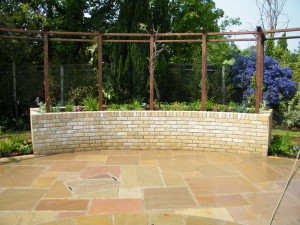 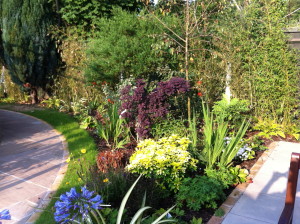 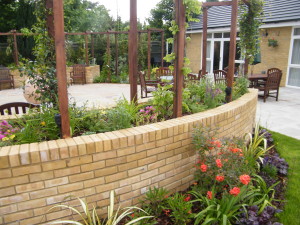 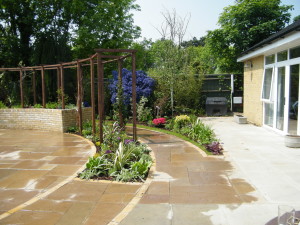 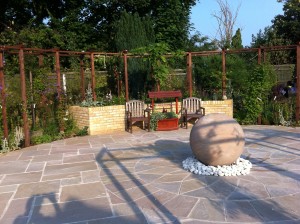 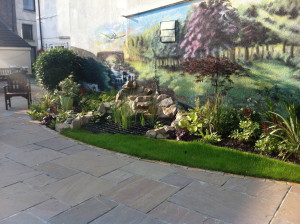 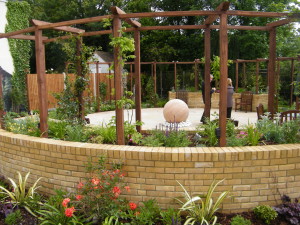 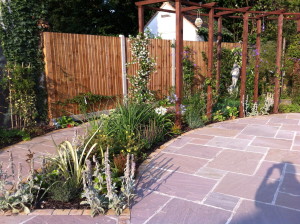 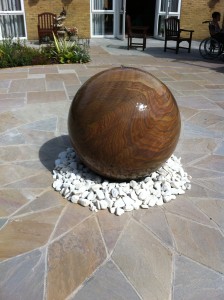 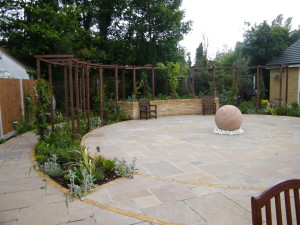 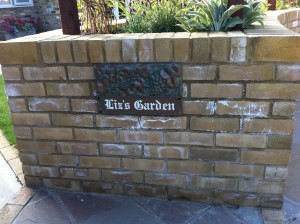 This is the enclosed garden space to a residential care home in Snodland, between Rochester and Maidstone, in Kent.

This is the enclosed garden space to a residential care home where many of the residents have limited mobility, but the garden is also used by able-bodied staff and visitors. The home had received a donation in the name of a previous resident and they wanted to use it to create a garden, ‘A Room Outside’, that was accessible to everyone and would give pleasure to all the senses of sight, sound, touch, hearing and smell.

Due to the severe nature of some of Birling House’s residents’ conditions, it was paramount that it be made more accessible, both physically and visually. Paving had already been laid near to the buildings, but the rest of the garden was laid to lawn with some rather uninspiring flower beds around the edges. While the original paving could be kept and integrated into the new garden, the garden needed new paths and stable, paved seating areas in order for the residents’ large wheelchairs to have easy access to the whole space.

We incorporated a central, circular paved area where people can come out to sit and socialise. The riven sandstone paving we used here is laid to a random pattern and in the centre, around the water feature is a circle feature in the ‘Provence Sunflower’ design.

There is plenty of room for the larger wheelchairs here and the paving has at its centre a Rainbow Sandstone orb water feature that introduces the pleasing elements of sound and movement. This is large enough to be seen from inside the buildings, but is not so wide that it compromises the seating area.

We brought intimacy to the area by surrounding it within brick-built raised planting beds into which a circular pergola was constructed to take scented climbers. One of the major innovations was the use of these raised beds – we adjusted the heights of the central flower beds a) to ensure they could be viewed directly from a seated position and b) that the foliage and flowers themselves were in easy reaching distance from either side of the beds.

Curving paths that are wide enough to take the widest wheelchairs radiate off this central area to access the rest of the garden.

We kept some area of lawn, but also included some more interesting planting both in the raised and ground level beds.

The new planting scheme is fairly low maintenance and provides year-round interest and colour, not just from flowers, but also from foliage. It was important that the garden be stimulating on a multi-sensory level and this included everything from the feel of the foliage, to Bamboos providing aural stimulation when shaken by the wind, together with the gentle sound of water trickling over the central water feature. The sense of smell was looked after by a careful selection of scented climbing plants on the pergola, including Roses, Jasmine and Honeysuckle, while the eye is drawn to colourful, vibrant perennials, such as Crocosmia, Hemerocallis and Geraniums.

Spring bulbs are a valuable addition, as are small blossoming trees and plants that attract birds and butterflies and of course, all the new planting is non-toxic.

The waterfall illusion created by the existing mural was made more realistic by building a small, natural-looking pond at its base, including a couple of rocky steps with water flowing over them into the pool. Planting around it is naturalistic, in keeping with the rural scene above. The standing water provides a home for the fish and a valuable watering hole for visiting birds and insects, while the waterfall will, along with the other water feature and the wind in the bamboos, helps to disguise the intrusive road noise.

Lighting adds an exciting dimension to the garden, making it not only usable on summer evenings, but also visually accessible in the winter months. With inset lighting to the paved areas and raised bed walls, under-water lighting to the pond and up-lighting to the water feature, pergola and structural planting, the effects are dramatic.

However, with the use of different circuits, a more subtle feel can be achieved, according to the mood and occasion. The provision of a wireless remote control also gives flexibility and the ability to turn lights on and off wherever you are in the complex.

As to the smaller area in the corner, this was rationalised with the removal of the metal railings and the simplification of the different levels. The shed stayed where it was, but the area was paved as this could be a good place to construct a brick-built barbecue in the future as it is out of the way, but also close to the kitchen facilities.

Once the garden had been built a party was held to celebrate its opening:

Paraphrasing Birling House’s Board of Trustees’ former chairlady, Mrs Margaret Ivell, ‘A Room Outside’ is the description she gave to Floral & Hardy’s design.

The design and build process was made possible by one of the care home’s residents, and now one of its major benefactors, Liz, for whom the garden is named and whose mother put the vast majority of the funding necessary to make this project possible.

The design phase began and according to Birling House’s Chief Executive, Paul Studd, the top priorities of the space were accessibility and interactivity. When asked how he rated the project’s success weighed against its original mission statement, Paul remarked that it was ‘Wonderful’, citing the cleanliness and politeness of the labourers during the build and that the whole process had been a joy.

One of the board’s Trustees had this to say:

“Wonderful, really wonderful..… and the main thing is that sense of taking part interactivity.”

And it really was great to see the garden being used for the purpose for which it was built – for everyone to use and enjoy.

Take a look at the finished shots from this garden design Snodland.