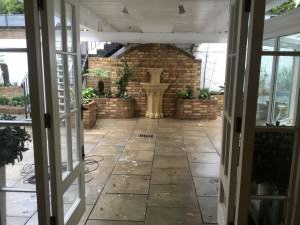 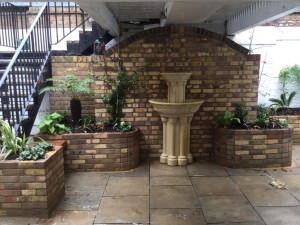 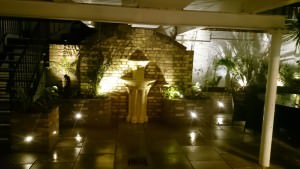 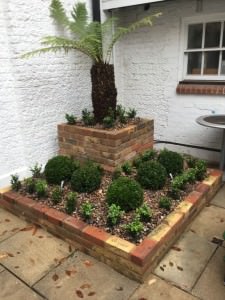 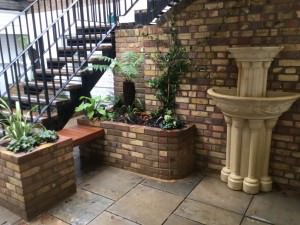 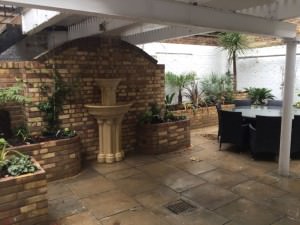 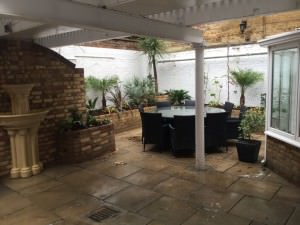 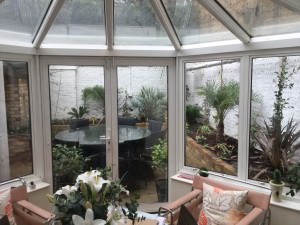 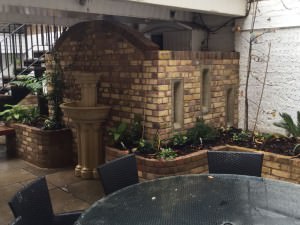 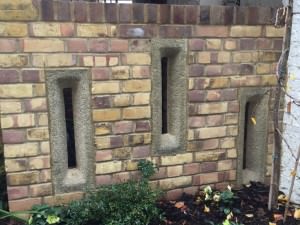 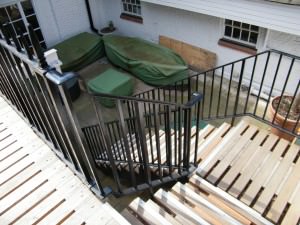 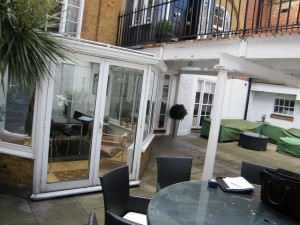 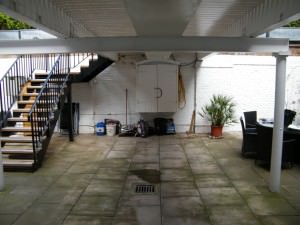 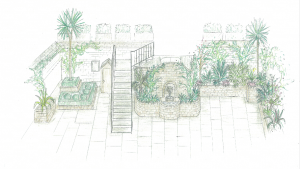 This is the basement garden to the front of a very unusual property forming part of a gated development in south London.

The main entrance to the property is approached via a central bridge over the garden space, but there are also stairs to access the garden directly from the bridge.

It is entirely paved and is surrounded by high brick walls, the lower portion of which have been painted white.

Previously there was very little in the way of warmth or charm and the client wanted to make it a much more welcoming space in order to realise its full potential and for it to become a valuable extension to their home.

in order to make the area much more attractive and inviting, the client wanted to introduce some raised planting beds. This not only allows the client to bring in more plants to soften the rather industrial feel of the space, but has also broken up the large expanse of paving.

The client wanted to accommodate the plants they had and add to them with more low-maintenance, semi-exotic specimens to create a tropical feel to the planting scheme. This works well in this sheltered, sunken London garden. The client wanted to stick to a green and white scheme, for a lush, but calming ambience, using lots of interesting foliage plants as well as some white flowering shrubs, climbers and perennials too.

We also created a low raised bed in the front, left hand corner of the garden, which could be mulched with gravel or other aggregate and planted with Box specimens, for a formal and year-round effect. As well as the raised beds, we have created a brick screen to the wall-mounted services cupboard and the storage area around it.

The client had a mirror that they wanted us to include – an attractive feature but also a useful device for bouncing light around a shady space. Lighting has also added an exciting dimension to the garden, making it not only useable on summer evenings, but also visually accessible in the winter months. With inset lighting to the raised beds and up-lighting to focal points and structural planting, the effects can be dramatic. However, with the use of different circuits, a more subtle feel can be achieved, according to the mood and occasion.