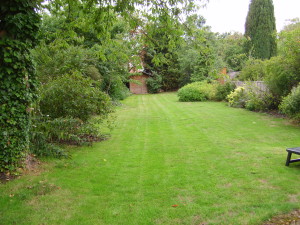 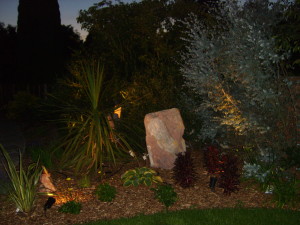 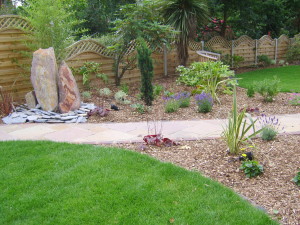 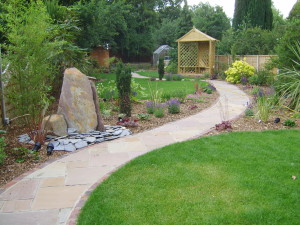 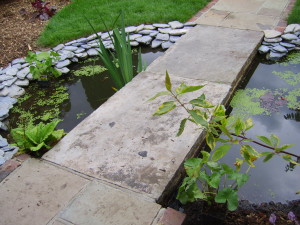 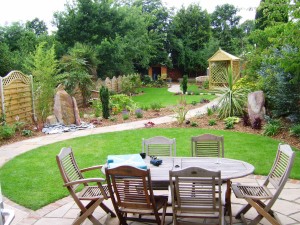 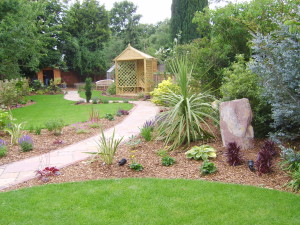 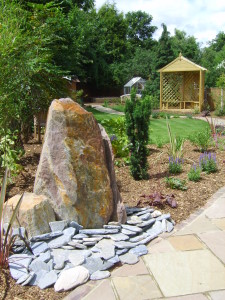 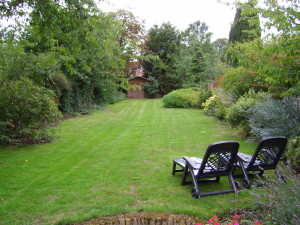 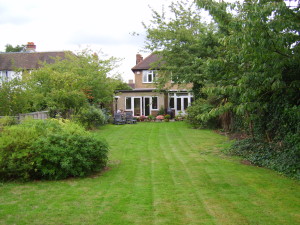 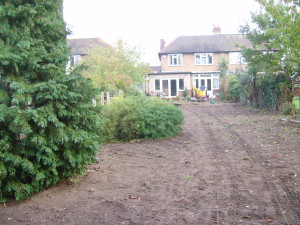 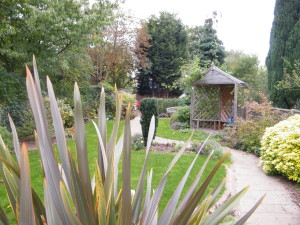 This was a large garden in Chislehurst laid mainly to lawn with a small patio and pond.

This was a large garden laid mainly to lawn with a small patio and pond.

There were a few mature shrubs that the client wished to retain, but other than that there was nothing she wanted to keep and, as she was having a large extension built, this was a good time to overhaul the garden.

Our client asked for something stylish and contemporary with clean lines near the house, but for something more traditional towards the rear, together with a wildlife pond at the back to take the newts inhabiting the old pond.

To avoid the eye being drawn straight to the end of the long rectangular garden, she also requested that some curves be introduced.

As the extension work was soon to be started, we divided the project into two, all the work up to the patio, planting and turfing being completed after they had finished the construction.

This allowed the client to make the soonest use of her new garden rather than waiting until the builders had gone to start the project.

A large patio with circular feature was built near to the house and an interlocking circular lawn laid to complement it., A curving path passed by a slate standing stone water feature which was cleverly lit to be viewed from the house at night.

The path curved on around another area of lawn to the summerhouse, to which electricity had been run as requested, so that our client could work on her laptop al fresco if she wished.

The wildlife pond gives a relaxing feel to the end of the garden with naturalistic planting, whilst elsewhere bold swathe of colour pervade the beds.