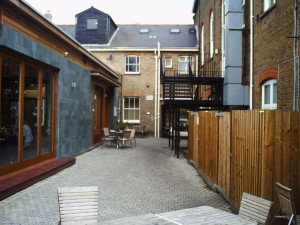 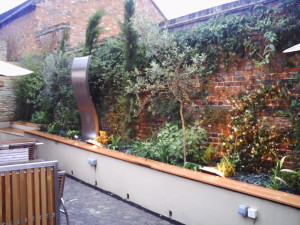 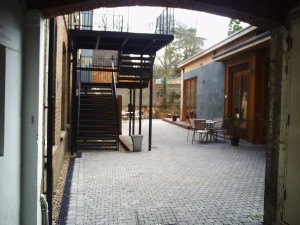 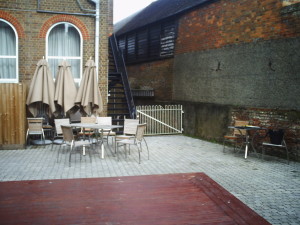 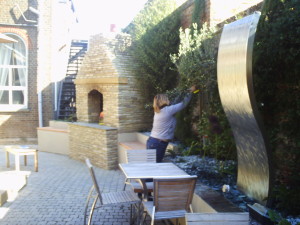 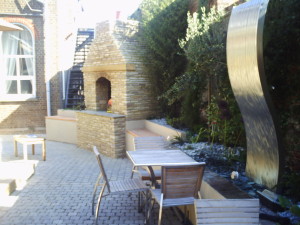 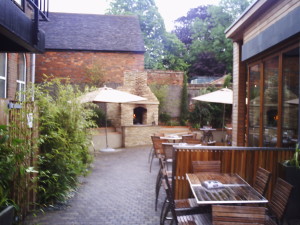 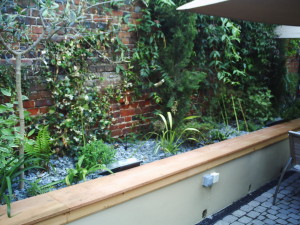 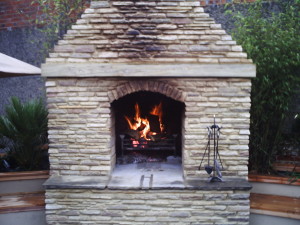 Winner of best designed pub in England gets a garden to match! This was the outside space to the recently refurbished restaurant at the Akeman Pub in Tring.

The building’s interior had been finished to a very high standard and although the garden had been constructed at the same time, it did not have the same level of finish as the inside and certainly did not maximise its considerable potential to attract customers.

An uninspiring decked area surrounded by dull grey granite sett paving, with overgrown planting in a single raised bed hardly reflected the efforts made inside to make this a welcoming destination.

To this end an outdoor fireplace was designed to create both physical warmth and a draw to passers-by, as it could be seen through the archway leading to the road

Materials similar to those on the inside were used in the construction to achieve flow between the two spaces.

A feeling of intimacy was created by subtly dividing the long corridor-like space with moveable, bespoke hardwood slatted screens, and the neighbouring building’s fire escapes and bin stores were disguised with contemporary planting.

Finally, a sparkling water feature was added to the raised bed, which not only introduces the pleasing element of sound, but is also spectacular when lit up at night.

Take a look at the photos from this pub garden design!