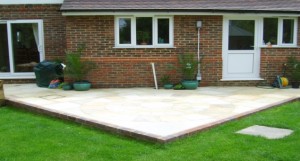 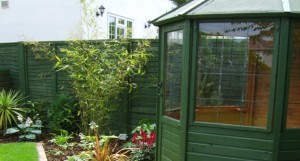 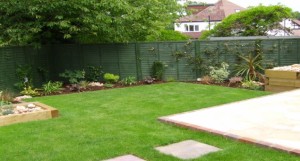 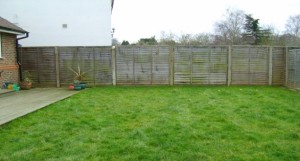 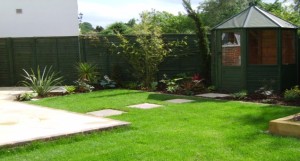 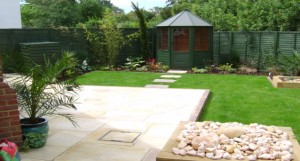 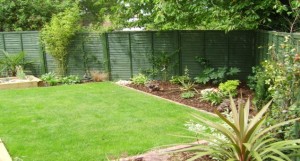 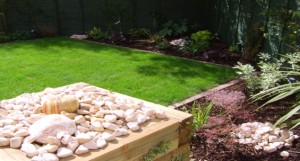 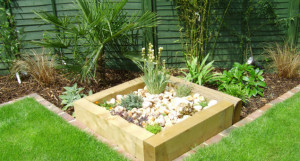 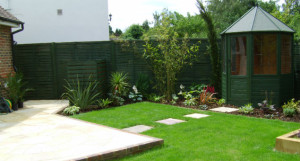 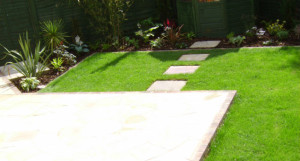 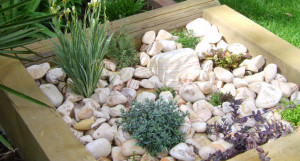 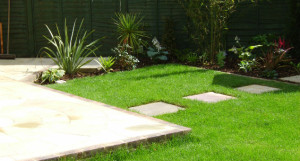 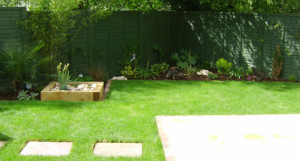 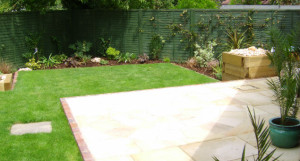 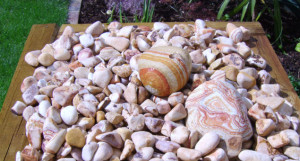 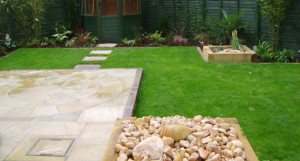 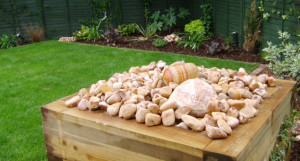 This was new build property in Keston, Kent with the typical new build garden – boring turf concealing builders’ rubble and an unimaginative area of deck had been laid.

A new build property with the typical new build garden – boring turf concealing builders’ rubble. An unimaginative area of deck had been laid, however, it was too small to use effectively and large expanses of fencing dominated the garden which was wider than it was long.

Our clients’ brief was to create a larger patio area and to provide a screen to the neighbours’ gardens to the side and rear.  They wanted a contemporary feel to match the interior of the property and some dramatic but low maintenance planting.

The shape of the garden was effectively camouflaged by a series of squares and oblongs set on the angle across the garden. Next to the house we constructed two natural sandstone patios, either of which could then be used for a table and chairs giving flexibility to the design.

Cubes were constructed from new oak railway sleepers to house, on one side, a cobble water feature to give sound and movement – this could be viewed from the dining room, and on the other, a planting bed for alpines.

A further focal point was the octagonal summerhouse in the rear corner which also helped to screen a large outhouse in the neighbours’ garden. The planting also afforded screening in the form of bamboos and cypresses.

Other structural planting included Cordylines, Phormiums and Fatsias and these together with low maintenance perennials, provide a garden of year-round interest and colour.