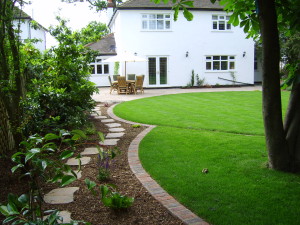 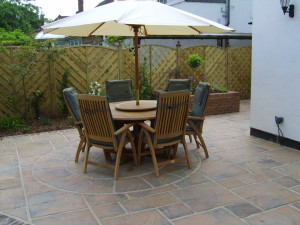 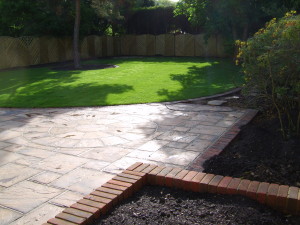 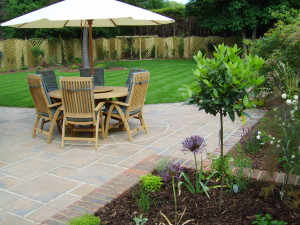 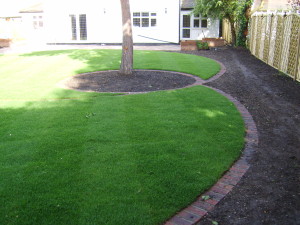 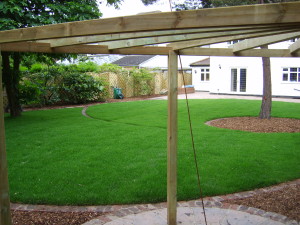 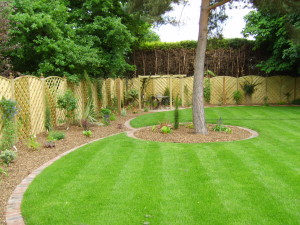 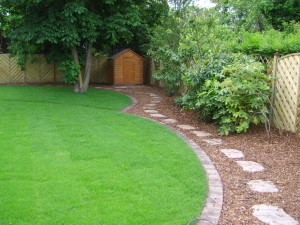 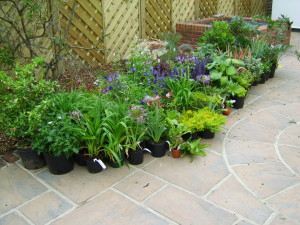 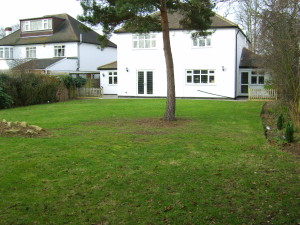 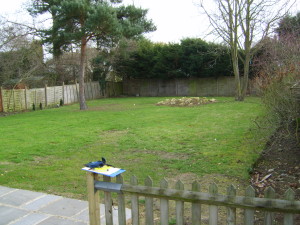 This was a large suburban garden laid mainly to lawn and with some mature trees. An attempt had been made at a rockery, but it looked neither natural nor attractive and out client had no wish to keep it. Large Leylandii in the neighbours’ garden dominated the rear boundary and were sucking the life out of the ground beneath.

Our client wanted a low maintenance garden but still with a cottage/traditional feel and to keep as much of the lawn as possible. He also requested two seating areas to take advantage of the sun at different times of the day.

The design introduced interest to what otherwise could have been a large uninteresting expanse of grass by incorporating large interlocking brick circles. These were laid at the level of the lawn for ease of mowing and the area beneath the large conifer, in which previously the grass had struggled to grow, was incorporated into a planting bed with suitable plants.

The circular theme was continued with the two patio areas, one larger near to the house, for al fresco dining, and one smaller to the back of the garden sheltered by an arbour.

This, more intimate area, catches the evening sun and hammocks were placed here in which our client could relax and survey the whole garden.

The planting was quite traditional, including Hydrangeas, Lilacs, Lavanders and climbing Roses, but with the addition of more structural plants to add drama and punctuation to the scheme, such as Phormiums and Cypresses. Climbers such as Clematis, Honeysuckle and Ivy were used to grow through the heavily pruned Leylandii to conceal them and in time the planting will come to blur all the boundaries and provide our client’s dreamed of romantic garden.