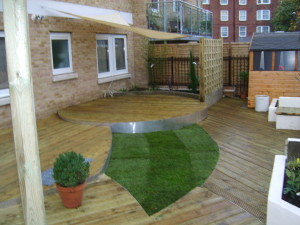 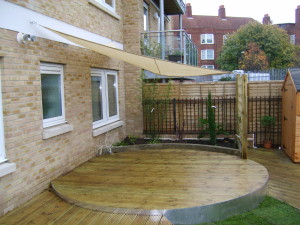 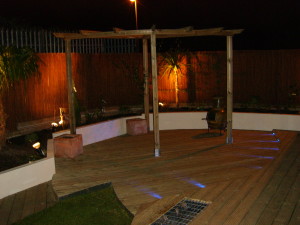 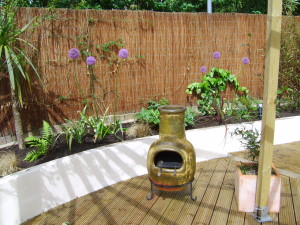 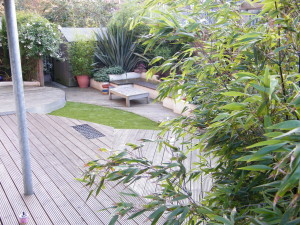 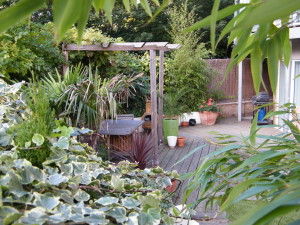 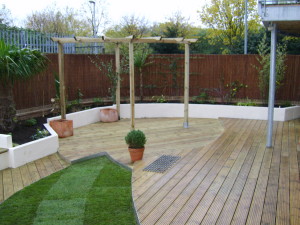 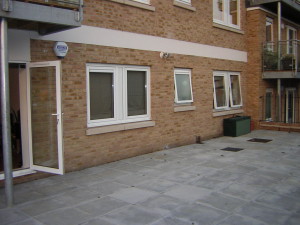 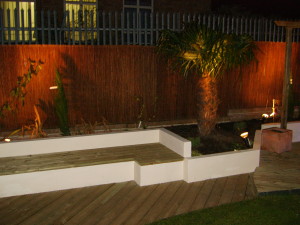 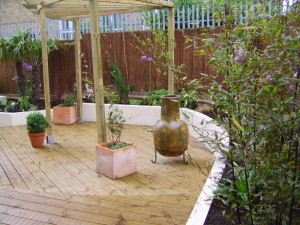 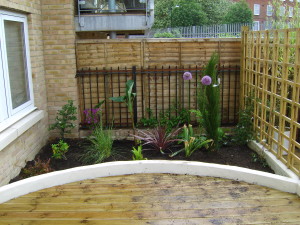 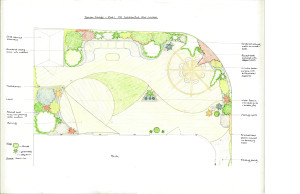 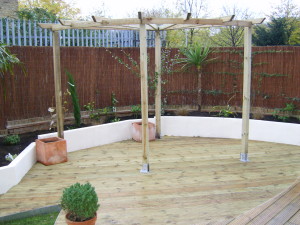 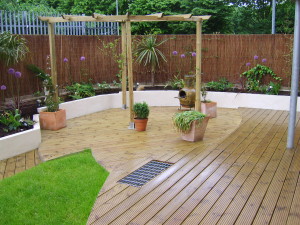 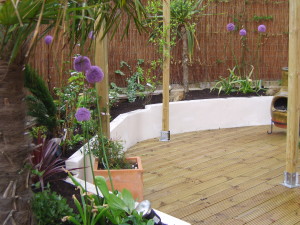 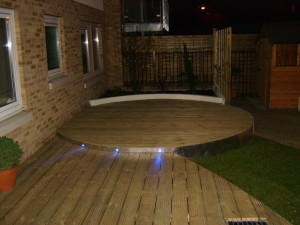 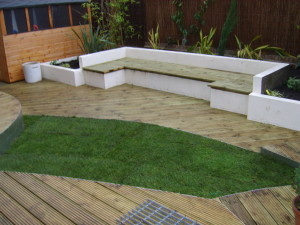 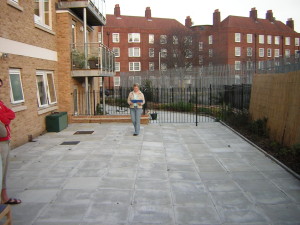 This was an unusually large garden for a ground floor flat on a new development in the City of London.

This was an unusually large garden for a ground floor flat on a new development in London. ‘Garden’ is perhaps not the word for it however, as the whole space had been paved in drab grey slabs with a tiny strip of dull evergreen planting round the edge.

Our clients wanted to transform this urban wasteland into a low maintenance outside space where they could entertain, party and relax. They wanted some greenery, including a small lawn and plenty of colour.

They also needed some privacy as they were overlooked both from the flats above, and neighbours on one side, and pedestrians on the road and public footpath on the remaining two sides.

Once all the paving and dilapidated bamboo fencing had been removed, we constructed curved areas of deck on different levels to create interest and flow and the boundaries were effectively and attractively screened with natural willow.

A dining area was created to one side and a pergola built over it to give some privacy. This was covered with scented climbers for shade and perfume.

To the other side of the garden a circular deck provided an area for sunbathing and a shade sail was erected over it in such a way as to give privacy without blocking out the sun.

The requested lawn was incorporated into the plan and provides a pool of green to break up the decking.

Water bubbling up playfully through a steel grid not only adds sound but also a fun element to what is an exciting and sociable space.