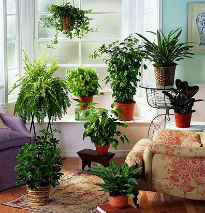 Quite a stir has been kicked up in Austria this week, specifically at the annual meeting in Salzburg for the Society for Experimental Biology, where the main focus has been on the seemingly detrimental affect that potted environments are having on house plants. The findings are the product of an investigation led by Dr. Henrik Poorter of the Julich research institute in Germany into the potential affects of pot size on the root growth of house plants.

Originally studies like these focused on the miniaturisation of potted plants i.e. the minimum amount of space that could healthily support them (thus making them more commercially viable). However, the research undertaken by Dr. Poorter and specifically the new utilisation of Magnetic Resonance Imaging, or MRI, has revealed some perturbing implications.

The MRI, which was programmed specifically to identify water within the root structures of the plants, revealed that the majority of the case studies would quickly reach and consolidate at the outermost edge of the container and much of the soil between the two remained hollow.

Quickly following the time of planting, in some cases in less than a fortnight, the doctor explained, the plants’ roots would stretch to the edge of the pots.  Poorter voiced his opinion based on the correlating behavior between the 80 species that had been studied,

“”When they reach the edge, they send some kind of signal to the shoots to say, ‘there’s a problem – stop growing’.”

The MRI works similarly to the sonar systems of a submarine in that it emits magnetic waves which are then reflected by masses of varying density and then records these densities in colours specified by the operator.

But, Dr Poorter said: “We want to make plants as happy as possible.”

While this is seemingly a sentimental philosophy to take on a plants well-being, as long as we continue to encourage behaviours that inhibit their growth we will never be equipped to measure their full potential, thereby making their production, propagation and conservation far less efficient. On a domestic level, it might mean that you are not getting the best out of your house plants. 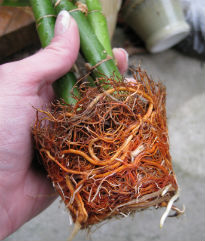 So I suppose the obvious question is ‘What can we do about it?’ Well plenty to be honest – start by taking your smaller house plants from their pots and having a good look at the roots. If they are crammed around the edge of the pot, or even coming out of the holes at the bottom, it’s probably time to pot them on.

Choose a new pot that is only a little bigger than the one it’s in (you should be able to fit about two fingers between the edge of the rootball and the new pot) as, if you use one that’s too big, water will sit in the new soil and possibly cause rot. Put a little potting compost in the bottom and sit the plant on top and then fill in with compost round the sides and firm down so there aren’t any air pockets. Always leave a bit of room at the top to allow for watering.

Once you’ve done this, there are some basics to remember no matter what your genus. 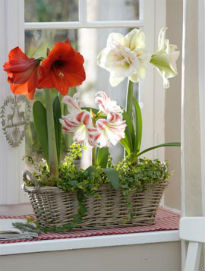 One of the major things we can agree upon is that plants need light, most living things do, however, being overzealous in this respect can be catastrophic as window panes will magnify any sunlight passing through them and this can scorch the leaves of tropical plants, so it’s often best to choose a north-facing window. Of course during the winter this is less of a concern and you can take advantage of the sporadic sunlight in those months by moving your plants directly adjacent to a south-facing window. It’s also important for most house plants to avoid draughts, so be careful with that. 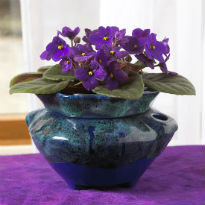 Watering is slightly trickier as every plant has a different appetite that is nigh impossible to judge by eye, so, instead judge by hand – if you’re worried that an orchid or rose might be getting thirsty then push one fingertip into the soil, if it’s still damp then stay your watering can. Remember – brown leaves and wilting are often as not caused by overwatering, rather than underwatering. If you have a water butt, use the water from that rather than tap water and your plants will appreciate it. 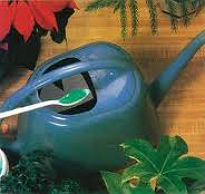 There’s a reason flower retailers include a sachet with your bouquets  – liquid feeder is one of the most universally effective means of providing nutrition to your plants. It can be diluted and multiplied by the addition of water, soaks easily into any soil type and can be easily stored when not in use. Use one high in potassium for flowering plants as this will intensify their colours, though feeding should take place most vigorously from March to September which is generally the flowering time for most house plants.

Turfing the Transept
The History and Legacy of the RHS