Privatisation of Our Woodland

Corporate flora and the lumberjacks of fortune

Fellow horticulturists, congratulations are in order!. Caroline Spelman, the environmental secretary for the House of Commons last week released an apology to members of parliament. The government was considering the long lease of up 2,500 square km of British woodland to timber companies. 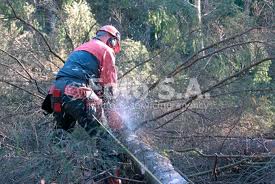 While the National Trust promised to protect the most sensitive areas of our forestry such as the New Forest and the Forest of Dean, this kind of affirmative corporate action begged the question – where will it end?

Due to its uniform growth pattern, the use of coniferous forest, whilst providing a viable source of timber, produces a year round canopy that drowns the lower canopies and flora in shade and we lose the scale of habitat necessary to support our native wildlife and flora.

In addition to its biological effect, the needles shed in autumn do not enrich the ground as broad-leaves do, but erode and sterilize it with unaccustomed acidity thus weakening its resistance to flood saturation. The broad-leafs are also indispensable to our own well being as they provide the majority of our local oxygen, each tree sustaining ten people for a year in the breath of a single season . In fact only 1.5% of England’s countryside is now occupied by ancient, pre-established deciduous woodland. So, increasing the proliferation of coniferous woodland for timber would have posed a threat to all but a minority of the country’s natural habitats, as well as to ourselves. 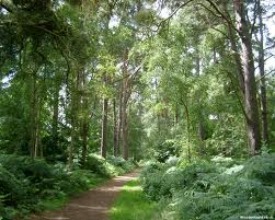 However, after an overwhelming response from the British public, including a petition of well over a quarter of a million signatures and the support of such luminaries as actress Dame Judi Dench and writer Bill Bryson , Spelman stated;

“I am sorry, we got this one wrong, but we have listened to people’s concerns…

I now want to move forward in step with the public.”

This break with precedent  hopefully prevents further compromise of the well being of the woodlands future generations may not have been able to enjoy, the concept of a woodland trail becoming less and less accessible to the general public as more fences followed.

The National trusts’ approach to the matter has been a diplomatic one. They stated;

“If the government is determined to pursue the course of action it has outlined and the public wish us to, we are ready to play our part in giving them a secure future…”

This ambiguous promise was released in response to public outcry against the plans which, as it turned out, was very effective.

Spelman continued to validate public efforts in her statement:

“If there is one clear message from this experience, it is that people cherish their forests and woodlands and the benefits they bring. My first priority throughout this period of debate has been securing a sustainable future for our woodlands and forests.” 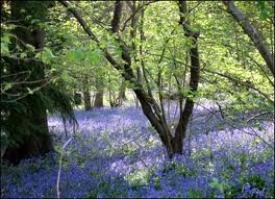 This planned transition had forced the National Trust to address their own role in a privately limited future, however recent legislation has removed all clauses from the public bodies bill, disallowing the sale of more than 15% of national woodland.

In addition to this, an autonomous body will be established to further advise Ms. Spelman on future woodland ecological concerns, the Forestry Commission and the Public Forest Estate.

The catalyst of this reversal stemmed from Spelman’s decision further enforced by 10 Downing Street’s support to ‘shelve’ the consultation, undoubtedly under the immense weight of public opinion.

“…it is quite clear from the early responses to the consultation that the public and many honourable members are not happy with the proposals we set out.”

So, chalk it up, those green fingered, a victory won for Britain’s lungs. And it was won by you, an example of how crucial public opinion is to the safety of our ecological identity.