Return of the Butterflies

You may remember some time ago we published an article covering the necessity of a healthy butterfly population to the British ecosystem, that due to particularly rainy summers and springs, their numbers had been dampened because a lack of hospitable breeding grounds. However, their recent resurgence has dominated the newsreels of late and apparently it’s down to the unusually dry early springs we’ve experienced during the last two seasons (current conditions excepted!).

In particular, rarer specimens, known as ‘spring specialists’, have been found to thrive in the aforementioned weather conditions as is proclaimed by the bodies, UK Centre for Ecology and Hydrology and also the charity Butterfly Conservation. Their study was based on over 1,000 butterfly habitats across the country and saw a mean increase in their numbers. The ‘Duke of Burgundy’ in particular raised several eyebrows in the study due to its general consideration as a threatened species. Indeed over the past three decades this variety has seen a near 50% drop in their numbers, however, between 2010 and 2011 their breeding increased a whopping 65%!

Incredibly, these were not even the second most revitalised spring butterfly in the population spike, having been overtaken by both the ‘Grizzled Skipper’

and the ‘Pearl-bordered Fritillary’ who rose by 96% and 103% respectively!

Unfortunately, as we Brits know, no good spring goes unpunished and in the wake of the horrendous summer that followed this breeding frenzy, a number of more run of the mill species, including the ‘Tortoise Shell’ and the ‘Common Blue’ suffered badly and, in the grander scheme of things, the species as a whole is still in decline.

However, as Mark Botham of the CFE (Centre for Ecology) insists:

“What’s important is to have good conservation in place, so that when the weather is good, the habitat’s there to allow these species to benefit.”

So, in essence today we’re discussing how to attract the rarer, and thus more appealing species to your garden based on your planting scheme. Of course, the basic rule of thumb is that the brighter and more colourful, the better – similar to the appetites of honey bees – however, we’ll also cover other criteria, such as, semi-natural habitats that can feasibly be established at home. 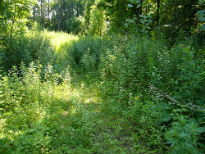 Obviously, the logistics of establishing your own woodland clearing can be somewhat problematical without a pre-established tree population or the space to plant one, so it may be best to aim for marshland habitats instead. These can be created one of two ways – either with the prior construction of a pond and deliberate flooding or with thorough irrigation of an existing grassland. 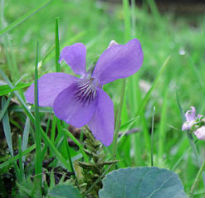 Now, to ensure the authenticity of the semi-wilderness, it is essential that the biodiversity of the area is as prevalent as possible, thus wild flowers such as the Common Dog Violet, Bugle, 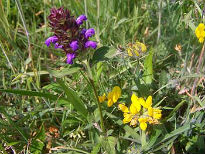 It is these traditional wild habitats, such as coppiced woodland and marshes, which actually serve as the primary breeding ground for the majority of Britain’s endangered butterfly species and the attraction of these locations to the butterfly is, of course, the absence of humanity and subsequently agricultural or urban development. So, if you do have an area you can give over to wildlife – do it and then let them get on with it!