One of the major events in horticulture has been the stir caused by HRH Prince Charles’ comments at the 20th anniversary of the UN’s ecological summit in Rio de Janeiro. Rio+20 took a decided focus on the current condition of our global climate and also the deterioration of our environment, how our actions are affecting it and what the potential consequences of this might be if human intervention is left unchecked.

HRH identified the problems we face by previous attitudes towards them and that by continuing with similar intentions we doom ourselves to failure,

“It is, perhaps, a trait of human nature to act only when the worst happens, but that is not a trait we can afford to rely on here…

…Once the worst does happen, I am afraid that this time around it will be too late to act at all.”

One of the major points of Charles’ address was the need to consolidate the currently segregated categories of planetary health – the major players being water, air, forest, biodiversity and soil, and while the study of these criteria remains separated by expertise, sponsorship or manpower, we will be hopelessly uneducated as to our planet’s health when the time comes to improve it.

However, the ecological summit assumed only one part of the proceedings and, in keeping with the themes of the original conference, the social and economic development of our race, whose primary side effect would be a significant increase in the resources of our planet and the pollution produced as a result.

At our current rate of growth it is predicted that the Earth’s population will rise to upwards of 8.5 billion people by 2015 and to 15 billion by 2100. Since 1960 our planetary consumption has tripled to half a world more than Earth can independently produce. As a result of this, artificially intensive harvesting methods are required, the majority of which are still based on fossil fuels.

And while HRH highlights the Amazon as one of the most threatened regions of biodiversity, Latin America hosts one of the most wildly eclectic ecosystems on the planet, which, not coincidentally, was one of the major developmental points of the conference. As one of the poorest regions in the world, countries such as Bolivia suffer from a severely undernourished population and as a result the UN Ambassadors have endeavoured to halve the number of hunger sufferers globally by 2015.

As a result of our increased population growth we have begun exponentially consuming raw materials such as lumber and animals that, among others, are the foundation of our planetary ecosystem. The summits current findings were drawn against those of the 1992 gig and it was found that the average person consumes 9kg more meat per year just twenty years later! Much of this can be linked to the import of foreign goods, particularly to developed countries that supported such luxurious consumers. 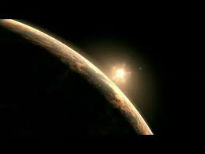 It is this element of luxury through consumerist design that has led to a surplus in demand and the subsequent lack of supply. The nonchalance of the richest countries, those in a position to affect global change, arises from the fact that they aren’t made directly vulnerable by the change they’re contributing to, and thus unfortunately have less impetus to do anything about it.

Something’s got to change…