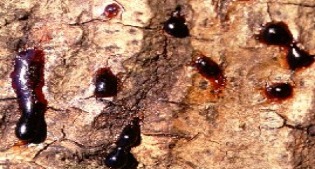 S.O.D, or Sudden Oak Death, caused by the fungus Phytophthora, filled some headlines recently due to the mass de-forestation it has triggered. In an effort to contain the disease Somerset council is also having to fell thousands of it’s native Larch in the Quantock hills. The disease afflicts the common Oak with bleeding cankers and also destroys the trunk foundations of Magnolia and Rhododendron alike.

Since 1848 Larch has been recognised for its potential as a construction material, originally in early housing and ship building, but the onset of Sudden Oak Death has wreaked devastation on the commercial Larch lumber industry. And Somerset is only the most local example. 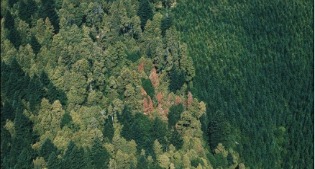 The disease has already had similar effects in the western United States, particularly on the Oak population of California and Oregon.

However, the counter-measures in place may have more dire ramifications than anticipated. In recent studies de-forestation has been attributed to 2 of the 9 tipping points of global warming and while this was accounted for by a mandatory reduction in industrialised CO2 emissions, it’s effects could become exacerbated again by the loss of our woodland which is a natural purifier.

One preventative measure proving effective in California and Oregon was the reduction of the Mediterranean species Bay Laurel which was a significant contributor to the spread of the disease.

Also, Agri-fos fungicide has been approved by the Californian Department of Pesticide Regulation as a chemical treatment for the disease. However, this is not an expedient, nor permanent solution, as the compound requires four to six weeks to take effect and must be applied annually after the initial introduction. On top of that, the treatment must be manufactured pre-emptively while the organism is healthy and thus acts as an inoculation rather than a vaccine. Due to the erratic spread pattern of the disease, this restricts it to a containment method. 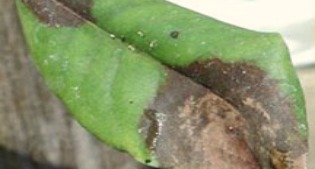 The domestic consequences of this disease are grave indeed, as it also affects many other popular species such as Honeysuckle, Maple, Camellia, Viburnum, Pieris and Chestnut that have all become institutions of British horticulture. In all, up to 40 different species have been found to be susceptible.

So, what can we, as individuals do? 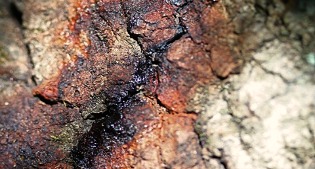 We must all be vigilant and check our gardens regularly for this, and any other obvious disease, and treat accordingly. Besides this, prevention is obviously better than cure, so keeping our garden plants and trees healthy by feeding and watering and keeping free of weeds and pests, will certainly build up their resistance to some diseases.

Due to its devastating effects, Sudden Oak Death is a notifiable disease, so if you suspect it, you should contact the Forestry Commission Pathology Diagnosis Service – Tel: 01420 23000. 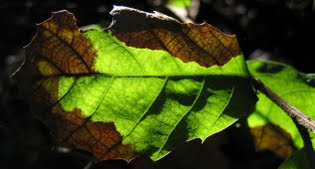 The symptoms to look out for include: dark red, amber or black sap oozing from the trunks of trees and in shrubs, the dying-back of shoots leading to a bent over, ‘crook’ effect and leaves turning brown, starting at the tips and midribs, and dying off, but remaining on the branches.

April in the Garden
It’s a Jungle Out There!