Something Fungal This Way Comes …

The gardening headlines this week have been plastered with the threat of two new diseases that could potentially devastate Europe’s indigenous tree population. 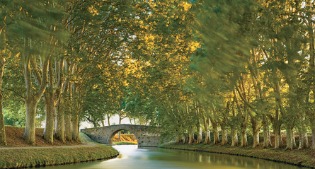 In southern France, along the famous Canal du Midi, a plan has been in motion since last winter that will see the felling and destruction of 42,000 plane trees in the region. This is due to the arrival of Ceratocystis platani, a disease that, since the 1970’s, has been blitzing across Europe, originating in Italy. It is believed the blight, endemic to North America, was brought across the ocean by U.S. soldiers in World War Two. While the Midi, perhaps due to its recently endowed world heritage title, is certainly the most noticeable among the losses, the disease has also become prevalent in Switzerland, Germany and Greece, where it now threatens a vast percentage of the original Plane population.

The Canal, a world renowned tourist attraction, was originally designed as an economic conduit that allowed the merchants of old to bypass the treacherous Atlantic Ocean en route to the Mediterranean Sea. However, in a somewhat ironic twist, the original species of Mississippi Plane that has successfully adapted to this affliction is being imported in great numbers in order to replace one of the Canal’s main attractions. Unfortunately, while Toulouse can cater to their favoured humid environment, it is unclear whether this species will be viable to supplement the depletion that chillier areas of the continent have suffered.

The threat does not stop in Toulouse however – given the virility of the affliction, tree pathologist Steve Woodward (University of Aberdeen) agrees that it poses a grave threat to the urban based Planes of cities like Paris and London. It is the Plane that so commonly and attractively lines our city streets.

“We are talking about a massive disaster here if it continues to spread,” he says.

The disease is a fungal infection that, once exposed to the roots of the organism, will completely overrun it within 3-5 years, and due to the damage this causes to the plants’ integrity, it is imperative that it be removed, lest it should fall and endanger passers-by in doing so. The disease is characterised by cankerous sores appearing on the inner bark of the tree, as well as an accelerated decline in both the quality and density of the plants foliage. No wound to the outer bark is too great or small to escape it and contact equals instant infection. 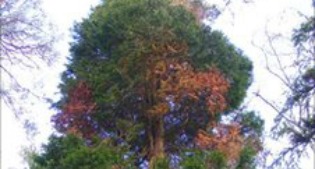 In addition to this threat from abroad, a new menace has been identified in rural Devon as a potential watershed moment for the diminishment of our domestic Yews and Lawson Cypresses in the form of Phytophtora lateralis. Identifiable by the patchy colouring of its trunk, a tree will also often exhibit slightly lighter foliage in places followed by out of season autumn colours. The tree will succumb soon after as this foliage deterioration signals that the tree has become totally infected. 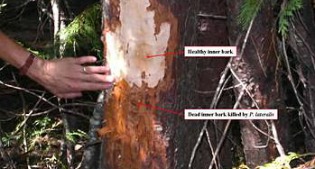 While certain soil drenches can be utilised in the earlier stages of the disease, these will likely prove ineffective once it has advanced past the root structure; aside from which, use of these drenches on a mass scale would likely cause further environmental concerns and prove something of a pyrrhic victory.

Due to this increasing encroachment of pests and diseases, a body has been established to specifically target incoming detriments to our native plant life. This group, known as the Tree Health and Plant Biosecurity Action Plan, has been allocated seven million pounds (£7m) with which, over the next three years, they will attempt to exert a tighter control on the intrusion of foreign fungi and pathogens that threaten the endemic population.

“If we don’t act now, we could end up with a similar situation to the 1970s when more than 30 million trees in the UK died [as a result of] Dutch elm disease.”  – says Environment Secretary Caroline Spelman.

The key responsibilities of the plan will include the monitoring of exotic plants allowed to cross British borders, as well as increasing the knowledge and awareness of currently existing domestic threats.