Although the majority of the past fortnight’s column space has been taken up by reviews and information pieces concerning the recent flower show at Hampton Court Palace, it’s important that we do not lose sight of the woodland for the trees – there are other garden festivals across England and one of the further flung examples happens to be on this week. 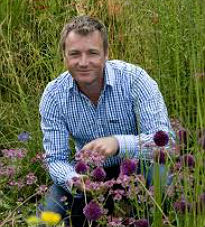 Tatton Park is one of the largest garden and horticulture events in Northern England and arguably the most innovative in the entire country. It is the site of the Young Designer of the Year Award, not to mention endorsing such projects as the Orchestra Gardens that will grace this year’s show with a new-found breed of horticultural synaesthesia. Needless to say, the prestige of this event is assured by the inclusion of such television personalities as Chris Beardshaw and his partnership with the gardening charity ‘Groundwork’ at this year’s show.

Alongside these new additions we have the ‘Back to Back’ Gardens project which specialises in smaller gardens, hence the titular formation of their plots that allow for the maximum utilisation of the space available. With a maximum area of six metres by four, these gardens are centred mainly on conceptual originality, by focusing lots of creativity into a small space and, due to their size, a designer can cover dozens of different methodologies in a relatively short time period, thereby getting a concentrated dose of inspiration.

Just when they thought gardens could go no smaller, Tatton devised the School ‘Front to Front’ Gardens initiative with an even more restricted canvas of only three square metres whose motivation is to provide school children from across the North West an opportunity to create their own personal gardens. The project is run in partnership with Winsford Education and is sponsored by banking mogul Barclays and this year will include over twenty designs centric to the themes of 1950’s and 60’s children’s television programming. On top of that, the same schools will have the chance to raise their window boxes and competitively grow their own trugs of vegetables and fruit, which has been run hand in hand with the RHS Summer Fruit and Vegetable Competition.

Another of Tatton’s numerous highlights is the Visionary Gardens competition that encourages gardens that push the boundaries of horticulture as an art form and also those which put particular emphasis on the inclusion and integration of installations and sculptures as part of the display.

One of these in particular has caught our eye due to its similarity in theme to the Orchestral gardens idea and, as such, we are seeing something of a thematic prevalence in the use of sound in this year’s gardens. ‘Untie the Wind’, Sheena Seeks’ contribution to the visionaries, is designed as a kind of love letter to wind instruments. The centrepiece of the garden – a large hollow pipe – is complemented by the path that traverses the garden’s length, taking you on the literal journey of air through Sheeks’ flute… or sax… or trombone.

Whichever instruments you care to apply to this wonderfully innovative project, the only way to hear the music for yourself is to get along there, so what are you waiting for?

Hampton Court: The Review
Slugs and How to Deal With Them