Ten Garden Plants You Didn’t Know You Could Eat!

Ten Garden Plants You Didn’t Know You Could Eat!

While herb gardens and vegetable patches are well-known sources of food in the garden, there are many common garden flowers that you might not know you could eat.

One of the most popular British blooms for its mere aesthetic, the Rose is also a valuable food stuff. You can use the raw petals as salad garnish or blitz them with honey to have on toast. You can even combine them in a jar with white wine vinegar to create a delicious and colourful salad dressing.

These are a favourite of mine in the summer months, with a nutty taste but possessed of a silky texture and wonderfully vivid colouring. In early spring you can also harvest the shoots of this plant for use in a stir fry

The unfurled shoots and leaves of the Plantain Lily can be fried, steamed or combined with a casserole or curry and have flavour similar to asparagus although slightly milder. We like to steam them for a few minutes and then fry them in garlic and chilli as a side dish. The slugs and snails like them raw though, so protect them if you can

The Pansy’s greatest charm on the plate is its appearance since its flavour is fairly non-descript, for that reason we’d recommend as salad garnish, or that you freeze the petals into ice cubes to add extra flare to summer cocktails. However, relative to their mass, Violets are a nutritional powerhouse whose flowers contain beta-carotene, Vitamin C and essential oil – they also have a detoxifying effect which helps flush your liver. We like to dry or dehydrate the petals and crush them for later use as tea or stock.

While the previous entries on our list have been selected for their edible flowers, the real treasure of the Fuschia is its berries which can be combined with the flowers to make delicious jam with a mild grape flavour.

Similarly to Violets, Marigolds are a fantastic source of carotene which can be converted into Vitamin A once ingested. Of course they can be used raw in salads or bottled with vinegar to create dressing, but we prefer to dry and crush them to replace the dyeing effect of Saffron in a dish – a great money saver!

The white and yellow flowers of the Primrose make for a fantastic garnish, or can be crystallized to use for cake decoration.

Chrysanthemum leaves are a staple in many Asian countries – when boiled or steamed they can replace wintergreens or cabbage with a light, refreshing grass-like taste. You can also dry the flower buds to create tea.

Possessed of rather bland flavouring, the Hollyhock is best utilized in a decorative role-preferably on salads-and will provide a dramatic burst of colour on any plate.

Of course we are all familiar with sunflower seeds which are an abundant source of Magnesium and help to maintain a healthy cholesterol level. The petals however are a hidden gem, possessed of a buttery flavour, that have fantastic anti-oxidant and anti-inflammatory properties.

Generally when cooking flowers there are a few tips which one can apply to the whole game – discard the stamens where possible since these are often quite bitter and boil any leaves or shoots that seem overly tough or bitter when eaten raw. Also, be absolutely sure of identification before you eat, as many garden plants can be highly toxic. Otherwise enjoy the fruits, so to speak, of your labour and new found knowledge! 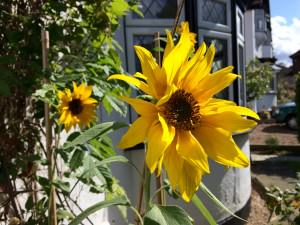 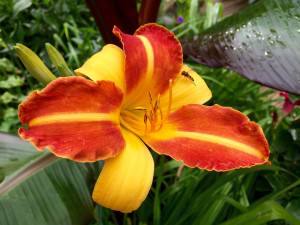 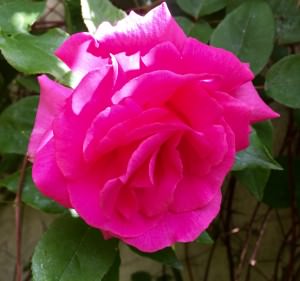