We all knew this day would come, the movies have been prophesising it for decades, as have some of our greatest writers – the alien menace has arrived, or should I say has been unveiled. That’s right comrades, this creature has surreptitiously integrated itself into nearly every country on earth and has done it so subtly that we only noticed the effects, rather than the presence itself, a few months ago. We face an enemy of machinations so deviant that they move now – literally – beneath our very feet! 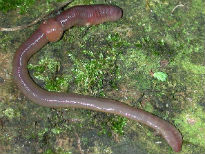 I am, of course, referring to the Earthworm. Anticlimactic though that may seem, my previous summation is entirely correct (albeit rather over dramatic!) and their invasion has indeed grown into a global phenomenon affecting ecosystems as diverse and widespread as can be imagined. However, the most explicitly affected areas are those of the Americas, which are now suffering the miscalculations of a generation centuries dead – that of the original settlers – who were responsible for transporting this decidedly non-aquatic creature into the depths of the Amazon and the fogs of the North Carolina forests. 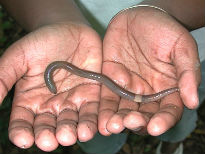 The primary species suspected in this ecological occupation are a family of European earthworms from the Lumbricidae family, and also a particular genus of Asian variety known as Amynthas. In terms of their North American invasion, the major detriment they are causing to the environment is the competition they are providing the native millipedes of the deciduous forests concerning their food source. 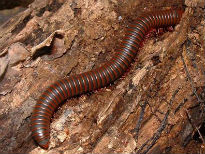 It seems that this battle for supremacy is fairly evenly matched in that the presence of the millipedes is inhibiting the breeding capacity of the newcomers, however, while surface food is merely an option to the burrow-capable worms, it is an imperative to the millipedes who are stranded near the soil’s edge.

South of the border the worm problem is somewhat less defined because, while they are out-breeding their competitors at a rate of knots (with nearly an eighty fold capacity), the Earthworms there are also serving a wealth of beneficial purposes for the more barren areas of the rainforest. 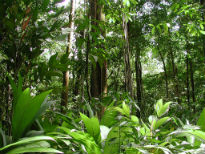 Where deforestation has occurred en masse, it has become impossible for endemic species to adapt to the coarser surface soil that has now been exposed by the natural erosion that comes as a result of the sudden removal of its shelter – the trees. Fortunately, the Eurasian species that have set up shop are able to adapt and as such are now providing a resurgent source of potassium and nitrogen build up within the soil, which, in turn, will greatly contribute to the propagation of future generations of canopy-bearing trees.

So, friend or foe, it’s up to you to decide, however, perhaps we shouldn’t so readily persecute these foreign invaders as their positive ramifications may not yet be totally foreseeable. What is clear, and what has been apparent over the centuries, most notably for example with the Victorians introduction of Japanese Knotweed to the UK, is that non-endemic species can have a significant impact on the native environment, so caution is always necessary.