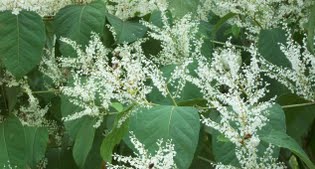 A recurring nuisance to gardeners across Britain has been the introduction of a fairly persistent little weed known as Japanese Knotweed. Originally introduced by the Victorians as an ornamental garden perennial, this invasive plant broke into the news recently for completely undermining the structural stability of one Hertfordshire couple’s home, along with its retail value. 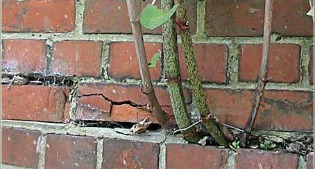 Matthew Jones and Sue Banks were told that, after a particularly virulent specimen of Fallopia Japonica had burrowed through the concrete of their living room wall, the financial worth of their property had fallen by a quarter of a million pounds.

The Environment Agency recognises Fallopia Japonica as a national threat to garden welfare, as it rivals bamboo in its growth rate, and most rabbit warrens in its ability to procreate! The species can increase in length by over 10 cm a day and, as the Hertfordshire case demonstrates, is not discouraged in the least by hardened materials such as paving, brickwork or even solid concrete. 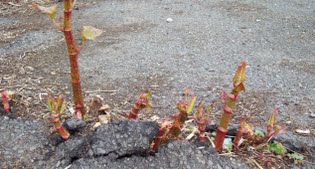 In 2009 a government study revealed a potential cure to the weed, a jumping louse of similar origins to the weed itself, known as Aphalara Itadori, which was believed would see the decline of the plant with a mass devouring of its sap. This study aptly referred to the Knotweed as a real life equivalent of a Triffid and, as such, a menace to horticultural society – able to grow up to 7 metres horizontally and 5 metres underground. It is completely regenerative from any particle exceeding the dimensions of a drawing pin and capable of drowning smaller flowers and native species in its foliage. However, the government body was understandably reserved about releasing Britain’s first deliberate biological control, particularly in the wake of the North Australian Cane Toad disaster. Questions were raised as to how our environment might sustain the jumping lice, were they successful in wiping out Knotweed.

Fast forward to today and, while the louse is yet to be released on a mass scale, there are still a variety of different techniques that the environment agency recommends should you notice your own garden falling prey. Of course the first step is decisively identifying the menace in time to combat it – first and foremost the rate of expansion will be unlike most anything else you’ve come across, marching forward like a lush green platoon it will conquer new ground daily. 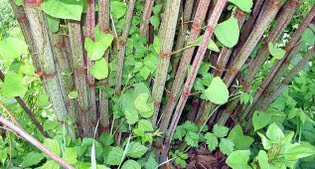 The foliage itself is shovel shaped and will be supported on a cane similar to bamboo. Finally, you have the white flowers produced September – October and the trademark colourful autumn foliage.

However, patience must be exhibited when the specimen is discovered as the agency insists that successful termination of the plant will derive from correct timing, regardless of technique. Their website suggests action in late summer when the underground rhizomes are far more susceptible to herbicides and physical damage. However, when it comes to cutting, it important to remember the durability of the plant and the risk that dispersing even the smallest clipping can pose.

Studies have shown that a 1cm section of rhizome can produce a new plant in 10 days, and that rhizome segments can remain dormant in soil for twenty years before producing new plants, so extreme care must be exercised when trying to eradicate it. As such, it is necessary to gain the agency’s permission before undertaking knotweed control, so that they might outline the proper method for disposing of the cuttings produced. The number of specialised domestic facilities in existence are a tribute to the tenacity of the species and thus how seriously its disposal must be taken. 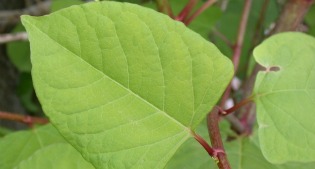 As a householder you are responsible for the control of Knotweed as, although it is not an offence to have it on your land, to allow it to spread to a neighbouring property could constitute a ‘private nuisance’ under common law. Also, to cause it to spread through improper removal or disposal is illegal. If you are in any doubt, it would be best to contact the agency, or your local authority for advice on control or disposal.

Last Minute Gifts for Gardeners
A Climber for Every Corner