The Darker Side of the Forest 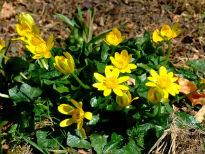 Despite the exponentially increasing efforts of various ecological bodies like the Forestry Commission to preserve the wildlife of the UK, the statistics are still singing a tale of doom. In previous articles we’ve discussed the importance of encouraging wildlife into our own gardens, however, the British Isles ecology is now under threat on a far larger scale it seems. The species of particular importance are insects. We’ve figuratively beaten to death, on this space, the crucial role that honey bees play in the pollination of our crops and how necessary butterflies are to the health of our flower population, however, according to a recent study led by the FC, their numbers are still in decline, due to a heavy-handed approach to woodland restoration.

The study was centred on the quality of some of the largest forests in the Welsh countryside, where it was confirmed that, while their size was more than sufficient to sustain a healthy eco-system, the plants were so overgrown and the canopy so dense that the amount of sunlight able to reach the forest floor, and thus the primary link in the environment’s food chain, fell tragically short of what was needed.

From school we all learned the basics of a functioning eco-system, the provider (plants) feeds the herbivore which in turn feeds the carnivore, however, the providers of a forest environment, except perhaps in tropical climates, is almost exclusively ground-cover plants. Without flowering plants at ground level, insect species have no consistent food source and without these the pyramid of biomass topples. Due to the rising occurrence of ‘dark woods’, as found by the Forestry Commission, the national bird count for Wales is at its lowest point since 1970, and across the UK butterfly numbers are down 56%.

There is a myriad of different causes for this development among our woodlands, but some of the most preached include the decline of traditional woodland management, the incorrect correlation of species with their potential environments and bunk mates, and also the lack of care taken in containing agricultural runoff. 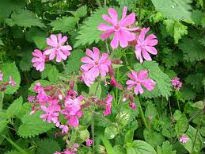 Aside from the absence of animal life, this growing darkness among forests has caused a worrying decline in Britain’s wildflower populace and one conservation charity warns that one in ten native woodland flowers is now under threat of extinction in Wales alone. Consequently the focus has fallen now on the quality, rather than the quantity of their environments. One of the major steps in restoring Wales’ woodlands to their former glory will be in increasing general thinning, a process based around trimming the canopies of these areas, thus allowing more sunlight to reach the undergrowth.

“We are committed to managing sensitive sites for the benefit of biodiversity and the conservation of priority species and habitats,” a spokesman said. 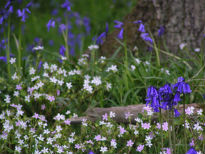 A new ecological body has also been designated the responsibility for the restoration of Plantations on Ancient Woodlands Sites (PAWS) to native woodlands. Part of the FC’s new initiative involves extended research into dormouse behaviour within a predominantly conifer woodland and further means to preserve the butterfly population in the hopes that they eventually return to their former abundance.

The Ides of Spring
Ways to Cope with the Hosepipe Ban