The Future of Hemp 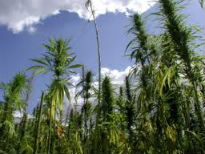 For much of the last century century Hemp was vilified for its reputation synonymous with Cannabis, and, unfortunately, the fear campaign waged by western politics pigeon-holed a crop of high economic potential, as a dangerous and dissident drug. Aside from its superiority in the categories of durability, longevity and cost effectiveness, the hemp crop has one of the most varied lists of applications of any commercial crop. For example, hemp could be used as a component for rope, clothing fabrics and building, among other things. A recent study has even shown that the material can be used in vehicular construction!

However, a fairly new idea gaining prominence is Hemp’s ecological value, specifically concerning the species that rely on Hemp crops as a foundation for their habitat. A recent study conducted by the Game & Wildlife Conservation Trust (GWCT) has concluded that, aside from the crop’s economic potential, it also a highly valued part of Swallow and Whitethroat ecology. The study originated as a comparative project to test the environmental viability of Hemp against two other popular crops, specifically Oilseed Rape and Field Beans.

It was established that while the birds use all three crops as a hunting ground during their respective nesting seasons, Hemp was unique in its popularity among Swallows as a final roosting ground in the late summer, before their annual southbound migration. 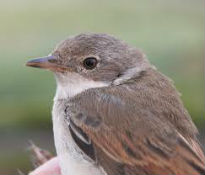 On their research farm in Leicester, the GWCT recorded flocks, counting in the thousands, of the swallows whose then habitat was also in use up and down the country by the aforementioned Whitethroats, who are a common sight on British farms anyway.

Contrary to popular belief, the Hemp plant is also extremely adaptable to different climates and weather conditions. Partly due to its recreational popularity, its genus’ have been genetically engineered to create varieties suited to any environment. Fortunately this adaptability has made the plant extremely accepting of new environments, provided the right genus is selected. Unfortunately though this does mean that in great numbers it could pose an ecological threat to existing farmlands, similar to the ill-fated Cane Toad introduction in Australia, due to its vigorous growth cycle.

The leading researcher at GWCT, Dr. Chris Stoate, had this to say on the subject:

“We know that hemp has low requirement for inputs such as fertilisers and pesticides, but we needed to investigate whether there are any affects on wildlife of a crop that is relatively new to modern farming systems…

…insects, including those used as food by birds, were broadly similar in the three different crop types. Weed cover and weed species did not differ greatly between the crops…”

And so, while for now Hemp must still run a gauntlet of precautionary research, the day may not be far away when the agricultural, as well the ecological, community begins realising the true potential of this crop, be it as a biofuel or as nesting grounds for British wildlife and, with any luck, it will be able to shrug off the manacles of reputation and form part of the backbone of a sustainable future.