The Mediterranean is one of the most favoured holiday destinations of any jet-setting Brit. It’s close and therefore accessible, not too hard on the wallet and certainly a locale of great natural beauty and culture and it is this third aspect on which I wish to focus. More specifically how the latter affects the former, as the biodiversity of the Mediterranean region is one the most at odds with its climate. Being for the most part a dry and arid place, the Mediterranean is known for semi-desert landscapes – most prominent throughout the inland areas of Egypt and Turkey, however, where the Nile and other deltas run, it is among the richest ecosystems on the planet, not least of which is thanks to its flora.

However, you needn’t shell out hundred of pounds on flights and sun screen to enjoy this slice of nature – there are dozens of Mediterranean species that can be raised right here at home – ten of which you’ll find below. Most of them are quite hardy in most parts of the UK. 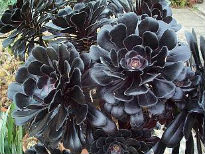 A plant so stunningly different from domestic cultivars to be comparable to extra-terrestrial flora, it’s a succulent with rosettes of black/purple foliage. It may also produce yellow flowers in the summer and will reach a terminal height and spread of 0.6m. It will, however, need protection in winter as it’s not frost hardy, so probably best in a pot to make it easier to bring it inside before the first frosts. 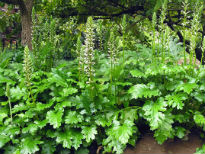 This large, hardy herbaceous plant will sprout white and purple racemes of flowers, exceeding a metre in height and will also bear fruit in the autumn, but it is its foliage that is perhaps most striking. It has large, glossy leaves, which became almost an emblem of Mediterranean architecture, adorning many a classical marble column. 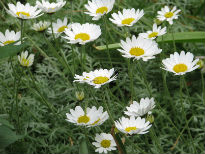 Silvery foliage is often an indication of a hot homeland and Sicilian Chamomile is a mat forming evergreen perennial that will show foliage, alternately grey in winter and silver in summer, when it will also sprout large daisy-like flowers. As a ground based, matted plant you can expect heights no greater than 0.3m, however, its overall spread should be triple that. 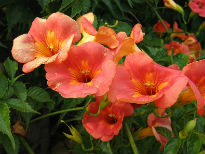 The Trumpet Honeysuckle is a fast growing deciduous climber that will decorate your garden with exotic-looking, tubular, pinky-orange flowers from summer through autumn. As a vine forming plant, this cultivar has great range in terms of how far it can grow with an expected spread of about 4m and heights of up to 12m. 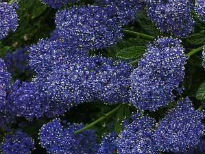 This mid-sized evergreen shrub has small, circular, glossy green leaves and masses of tiny lavender-like, deep blue flowers in late spring. This shrub makes for an excellent statement plant with a 2.5m spread radius and ultimate height of 2m. 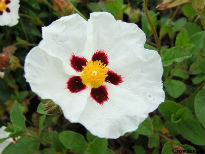 This is a small evergreen shrub with compact formation that is possessed of emerald green, sticky foliage and flowers of white and yellow blotched with deep red throughout summer. Will have a max spread of 1.5m and max height of around 1m. 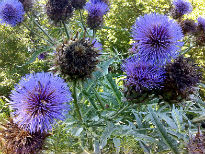 This striking flower looks like the combination of a sea anemone and a pineapple and is actually related to the artichoke. It has a globular form composed of dozens of spined purple flowers atop a pod-like base. It is a decidedly vertical plant that will grow to about 2m in height with a spread radius of 2.5m. 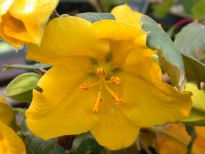 The ‘California Glory’ is a large evergreen shrub that will grow to heights between six and eight metres after a ten year growth period, during which time they will produce rich yellow flowers every year from spring to autumn. By far the largest cultivar on our list it is important that you allow for the kind of space this specimen will require to reach full maturity and give it a warm wall for it to grow against for best results. 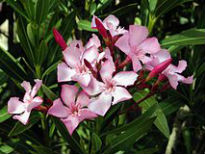 Nerium is another evergreen shrub, however, its assets are decidedly less curvaceous in that both foliage and flower form in a lance-like shape and in emerald green, and pink or white respectively. It has a max spread of 1.5m and a max height of 2.5m. Be careful though as all parts of the plant are toxic. 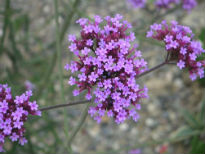 Verbena is a hardy, herbaceous perennial producing small, globular panicles at the end of long narrow stems, lasting from early to late autumn. Expect a max height of 2.5m and corresponding spread of around 0.5m.

One of the major, and self-evident, aspects of a successful Mediterranean themed garden is the effective simulation of the endemic conditions of the plants in question. As our climate is consistently colder than anything they might have experienced, a good rule of thumb is to plant any of these in a sunny spot whilst providing some shelter. The second universal is to ensure that these species have a free-draining soil that doesn’t become waterlogged, particularly in winter, and you should have a hospitable environment for your exotic additions.