In recent weeks a new threat to the British eco-system has reared its tiny head. Due to the rising rate of imported plants by domestic horticulturists, an infestation of exotic moth larvae has seen the increased propagation of a new breed of toxic caterpillar. 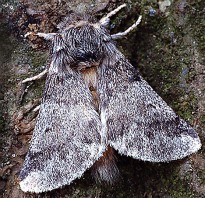 The Oak Processionary Moth, as the caterpillar’s adult form has been named, is another addition to the list of naturally occurring threats to the indigenous Oaks of Britain.

The better part of five hundred European oaks has been infected by the sudden outbreak that has left the green curator of Kew gardens, Tony Kirkham, concerned for not only the health of one of Britain’s most iconic species, but also for the human populous itself. The presence of this species of caterpillar has caused an outbreak of skin irritation among those exposed to it and the hairs of the insect have been linked to asthma attacks.

As a precautionary measure, in 2006 an initiative was begun to eradicate the species by the Royal Botanic Society following the discovery of several nests at Kew. While the insects are not considered directly responsible for the decline of the Oak species, they’re ravenous consumption of the species foliage detriments its ability to photosynthesise, thus stunting its growth. 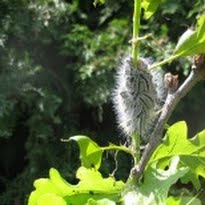 In response to this threat, a six-mile containment net has been cast around the boroughs of London worst affect by the plight as the durability of the moths has proved too effective against attempts to quell it and, instead, containment has been decided as the most effective means of protecting London’s oaks. Alongside this, more stringent measures, including the introduction of OPM (Office for Public Management) passports for any Oaks entering the United Kingdom from the EU have been introduced.

The symptoms of the caterpillars’ presence will be recognized by a sharp defoliation of the affected specimen and in humans, their presence can also be recognized by unexplained skin irritation and itchy eyes. When contact is made with the insect, the toxin laced hairs that cover their body freely detach and in extreme cases can cause conjunctivitis or, when inhaled, anaphylaxis. The larvae will commonly move in single file when attempting to find sustenance and form tightly woven silk nests when dormant. 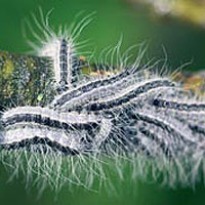 It is also important to note that their appetites are not isolated to Oak, this only being a preference, the caterpillar has also been known to feed on Birch, Beech, Hornbeam and Chestnut. Unfortunately, due to their predominantly tan and brown colour scheme, the moths of this family are difficult to differentiate from their bark environment. Their wing span varies between 25 and 35 centimetres.

So keep your eyes peeled and if you see them, don’t touch them or attempt to remove them, but report to Forestry Research or your local council.