This week in the news we have the debate on the relative ecological value of ‘brownfield’ sites across London and the rest of the UK. For a long time these sites, which include, but are not limited to exhausted quarries, disused railway lines and gravel pits, were targeted as a waste of valuable agricultural or commercial space, it has been gradually emerging that perhaps they’ve been serving a far more significant purpose than potential developers could have imagined.

Before we continue, I’d like to take a moment to reflect on the rising importance of green corridors in the UK and more specifically in urban areas – their purpose, as the name would suggest, is to afford safe passage to different wildlife species across large areas of urbanisation and particularly where food or nesting grounds may be scarce.

In relation to brownfield zones, these corridors’ only difference in definition with the brownfields is the species of plant life that exist there. While many consider the flora of brownfield little more than a weed infested wasteland, TV personality Bill Oddie recognises the ecological importance of these hardy, numerous and naturally occurring wildflower collections. 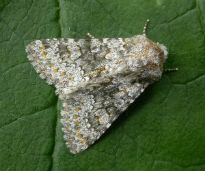 This new-found initiative for the preservation of brownfields ecology has been spearheaded by the charity trust, Butterfly Conservation and not without reason – you see a very rare species of moth named the ‘Small Ranunculus’ has been sighted quite frequently using these urban meadows as nesting and breeding grounds. This particular species hasn’t been sighted in the UK since before World War Two and as such magazine ‘Insect Journal Atropos’ has responded by imploring their readership, where safe and legal to do so, to check out their local brownfields zones and keep their eyes peeled for any unfamiliar species, to be catalogued in further defence of the brownfields zones.

Richard Fox, a representative of Butterfly Conservation, spoke out on behalf of the brownfields topic stating that:

“An old spoil tip [for example] would be terrible if you wanted to create a garden, but it’s great for wildlife, because the poor soil leads to slow development of diverse plants.”

And tips are only one example of the potential sites for biodiversity that Brownfields can offer – we’re all familiar with the areas that line the Thames river front and litter the surround of Battersea, however, what most of us don’t know is that the weedy patches of concrete that we find so unpleasant form their own microclimates, as they’re unique in their ability to absorb heat from the sun and, as such, are a welcome sight to travelling insects and even small mammals, toads and snakes. 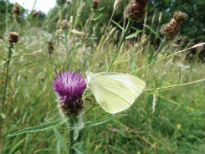 In light of this information, it is essential that we begin pledging our support to the further preservation and, more importantly, research concerning the ecological potential of Brownfields sites. As the Olympic gardens have demonstrated, there is now more than ever a need for the propagation of native wildflower species within the UK in order to ensure the continuation of our endemic plant species without whom we might be robbed of our environmental identity.