What to Plant in April

What’s not to like about springtime? Who wouldn’t be filled with joy at the sight of golden daffodils bathed in spring sunshine or be wowed by a bouquet of vibrant tulips, freshly picked from the garden?

April is here at last, and your garden soil is finally warming up. This month is the best time to plant nearly all your vegetable seeds after the last frost. There are plenty of seeds to choose from, but if you need some inspiration, take a look at our top pick of vegetables to sow in April…

So, your garden’s all ready for spring – hurrah! April’s quite a problematic month for choosing whether to sow. Sure, you might be tempted to rip open your brand-new seed packets and get set for an early start. However, outdoors is still slightly chancy.  If you’re blessed with a mild spring, then sowing seeds is a great idea. But, as British weather goes, it’s more likely temperatures won’t be quite warm enough to guarantee that seeds sprout and grow. In which case, it’s best to:

This way, you’re able to get them to harden little by little the following month and safely plant them out in early June.

What to Sow Indoors 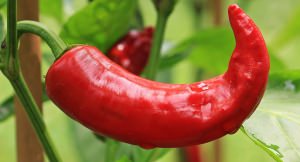 Even once they’ve sprouted, store chillies indoors. They still require a minimum temperature of 18ºC (64ºF) during the day and 16ºC (61ºF) at night.

April is perhaps your only hope of sowing seeds indoors for transplanting out. If you leave it any later, the plants will have hardly any growing season for fruits to develop outside.

To get ahead, sow a few seeds in pots and keep them on an indoor windowsill or in a heated greenhouse.

To make sure the seeds grow properly, sow indoors. Toughen off the following month, and plant outdoors, come June. 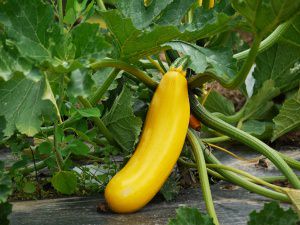 Squashes such as courgettes and pumpkins can be sown indoors in time for planting out next month – or when you’re certain there won’t be any more frosts.

Because sweetcorn has a lengthy growing time, it’s best to start sooner rather than later, and sow the seeds in pots inside.

When it comes to sowing melon, make sure the seeds are placed in one per pot. It’s also a good idea to cover them with a plastic bag and place them wherever is warm – such as a propagator or airing cupboard. Once the seedlings sprout, transfer them into the light (a windowsill is a good place) or into a heated greenhouse.

What to Sow Outdoors Undercover

In April, nearly all root crops can be sown outdoors. Of course, April will most likely be your last chance to sow parsnips. If the soil is cold and wet, beetroot will possibly need protecting with cloches.

Leaf vegetables can all be sown outdoors now, however, don’t forget to cover them if need be. Top tip: Use pots or modules indoors to sow Kale. 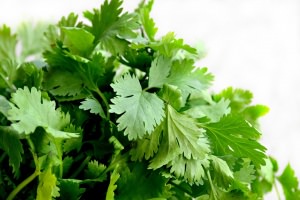 Almost all herbs can be sown or planted outdoors now. Sow seeds of herbs like coriander, oregano, chives, dill, fennel, and parsley – all of which can endure low temperatures. Be sure to shield with fleece at dark if there’s a risk of frost. Furthermore, start planting out any fledgling, ready-to-plant varieties of hardwearing herbs you’ve purchased from garden centres or nurseries – these include mint, rosemary, and thyme.

This month, you can sow leeks outdoors. Choose to sow them straight in the ground (where you’ve saved ‘seedbed’ area on your plot) or grouped in modules or multi-blocks for shifting later. If you’re not growing onion seeds from sets, you can go ahead and sow them as well.

It’s time to sow lettuce, rocket, land cress, summer purslane, corn salad, and other salad leaves outdoors in April. And again, if the weather is cold, it’s best to place them under cover.

Carry on sowing pea and broad bean seeds outside, covering them with cloches if it’s cold outdoors. 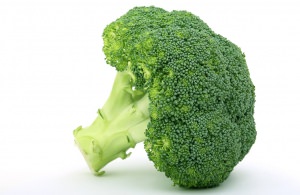 The best thing about this month is that you can sow all types of cruciferous vegetables outdoors, including sprouting broccoli, all sorts of cabbages, calabrese, Brussels sprouts, in addition to summer and autumn cauliflowers. You can choose to sow them in pots or modular trays, or in a prepared seedbed (in a few months’ time, you can transfer them from this).

7 Top Tips: How to Get Your Garden Ready for Spring
How to start a vegetable garden from scratch