Where The Wild Things Aren’t

The other day I watched the Jungle Book and while I enjoyed myself with all the abandon of the first viewing of my youth, the ending disturbed me unlike I remembered – how quick Mowgli was to abandon his jungle, the place he’d been raised. 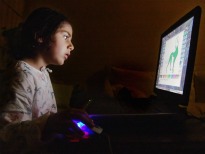 The reason I’m citing a cartoon this week is due to the recent story that has hit the BBC homepage – that of my generation’s distance from nature and natural pursuits. In an increasingly, and somewhat frighteningly, electronic culture it seems that children are becoming more and more disjointed from the great outdoors and this has given rise to a new term coined by author Richard Louv  known as ‘Nature Deficit Disorder’. While not a clinically recognised term, the ramifications of such an absence of caring could be dire, as, logically, a lack of connection with nature at a young age will lead to a negligence of the natural world. Without those primary experiences such as tree climbing or fishing, or just plain lying on the grass, future generations may lack any empathy toward nature on any scale.

Louv continued to say that children’s understanding and experience of nature had ‘changed radically… the polarity of the relationship has reversed…’ Even with our recent fixation on the ecological impact of our species on the planet, ‘today’s kids are aware of the global threats to the environment – but their physical contact, their intimacy with nature is fading.’

Unfortunately, the statistics are on Louv’s side, as a 2009 report by Natural England indicated that only a quarter of the number of the current child generation ever played in woodland, compared with that of their parents. In the wake of the author’s success, Louv founded the ‘Children and Nature Network’, as a means to reconnect families, and children in particular, to nature. The importance of such experiences is best described in the objectives of ‘Forest Schools’ – these are innovative places of learning that insist on exposure to the wilderness of the world with an eye to teach independence and respect for your fellow animals, leading eventually to a more assertive social interaction.

‘Play England’ is an organisation that works in conjunction with groups like ‘Children and Nature’ and their primary motivation is the accessibility of outdoor play areas for children. Their director, Cath Prisk, had this to say on the subject of outdoor play:

‘If I did not take my dog into the park two or three times a day, I would be considered a very bad dog owner…. Yet there… is more of a stigma that you have not made sure that your kids did their homework, than if you do not take your kids out to the park.’

This seems a fair comparison but one of the main contenders to this ideal is the mass paranoia that seems to plague modern parenting – the (maybe misplaced) idea that your child is more likely than not to fall victim to the outside world, and that in the controlled environment of the home, this cannot happen – better for them to be indoors where you can see them, even if they do sit in front of a screen all day! 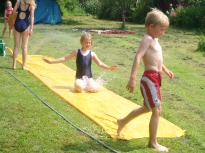 So, the obvious solution for the parents is the continued and effective utilisation of the green spaces they can control, foremost of which is their gardens. The garden is a secure middle ground between a public space and your living room and here you can be assured of a healthy exposure to natural surroundings, not to mention wildlife, if you plan your space appropriately. As such, for the growing family it has become, not a luxury, but a necessity to take good care of your garden, in order that your children can shrug off the electronic manacles of the rest of their generation. Make your children invest some time in nature and they will begin to invest their love and opinion into it too. If ecology and care for the planet is a lesson we must learn, the lesson must begin at home.